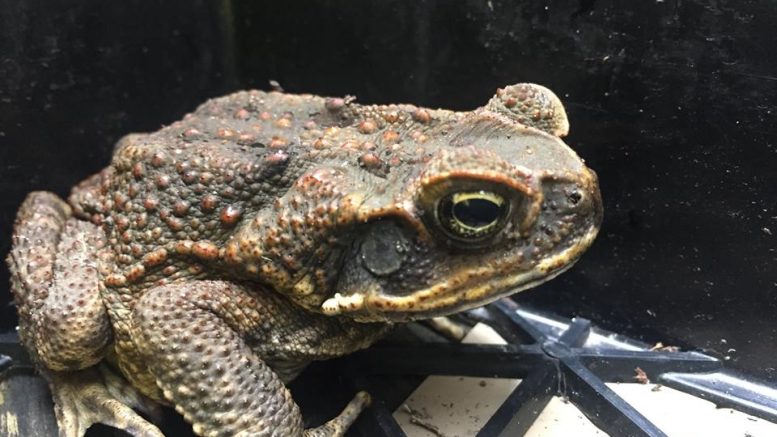 A can toad has been discovered at Woy Woy, according to the minutes of a meeting of the Coastal Open Spaces System committee.

The discovery was mentioned in minutes of the committee meeting held on may 29.

The minutes reported that Mr Jonathan Eccles from the Greater Sydney Local Land Services briefed the meeting on the cane toad discovery and said the bio-security team had been laying traps for their tadpoles.

Last week, the Australian Reptile Park said a male cane toad had been surrendered to the park recently, found near a dam at Somersby.

The park expressed concerns that more cane toads could soon be sighted on the Coast. Park General Manager Mr Tim Faulkner said cane toads had caused major species decline in Australia’s northern states and one being found at Somersby was extremely alarming.

He urged residents to report any sightings of cane toads to the Office of Environment and Heritage.

Choir Connections and the 5 Lands Walk