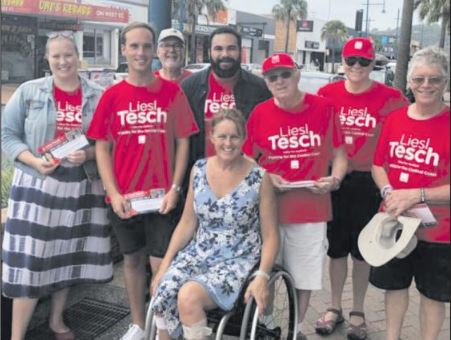 Both [Peninsula] local Members of Parliament have retained their seats in Saturday’s State election.

Liberal candidate, Sue Dengate received 35.23 per cent of the vote, or 42 per cent after distribution of preferences. Greens candidate Ms Hillary Morris was next with 95 per cent Shooters, Fishers and Farmers candidate Mr Larry Freeman polled 4.87 per cent.

More in the print edition …

Quarry seeks approval for 2,250 truckloads of fill per week for four weeks

Tax office up for sale before its finished