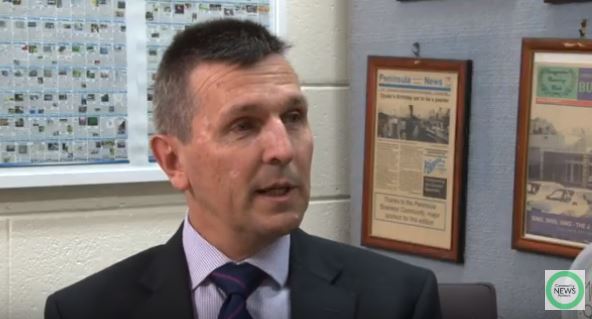 The Central Coast Council amalgamation is a “ship still hitting a few waves”, but the merged council is headed in a clear direction, said Council CEO Gary Murphy.

Appointed in July, 2018, as the first Chief Executive Officer following the merger of the former Gosford and Wyong Councils, Murphy said his first eight months in the job had been “busy but challenging”.

“I have been well received at Council and in the community,” he said.

Murphy opened up for the camera as he discussed the Council’s future direction in creating opportunities for business, its progress in meeting housing projections, the complex issue of planning controls and a range of other issues.

“We have joined the State Government’s Easy To Do Business initiative and are working with Coast businesses, particularly small businesses, to create opportunities,” Murphy said.

“We are also well on track to meeting the housing targets set by the NSW Department of Housing as we head into the future.”

Murphy said the consolidation of planning processes was a complicated matter.

“Before the amalgamation there were different planning controls at Gosford and Wyong councils,” he said.

“We are in the process of getting them aligned.