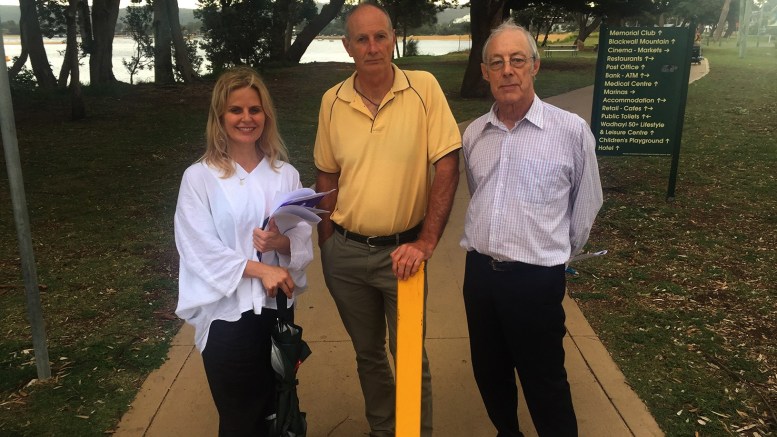 A new action group has formed calling itself Residents for Responsible Ettalong Development.
The group has issued an invitation to Ettalong residents to attend a public meeting on Tuesday, March 19, at the Ettalong Bowling Club from 8pm.
Spokesman Mr Peter Gillis said the new group hoped to attract a huge membership to fight inappropriate development at Ettalong.
“The residents of Ettalong Beach are extremely concerned that recent and pending development applications are of a height, bulk, and scale which are not suitable for the tourist village nature of the area, and would detract from Ettalong’s natural beauty,’’ he said.
“These applications would create a disconnection with the existing community, rather than integrating with it, and their scale would effectively change the micro-climate of the area due to their height and bulk.
“We will be asking Central Coast Council to stop approving non-compliant development applications and consider the collective impact of multiple high density, high-rise developments in Ettalong Beach.’’
Mr Gillis said the coast’s regional strategy outlined by the council in its town centres report named Woy Woy as a town centre while Ettalong Beach and Umina were called villages and described as lower order centres compared to town centres offering a “lesser order of goods and services in a smaller-scaled setting.
“But despite this formal hierarchy and Ettalong’s lower-order status in that hierarchy, proposed mixed use-residential apartment development applications such as the one at 227-231 Ocean View Rd (DA 55696) far exceed in proposed height, size and density, those approved and actually constructed in Woy Woy – a designated key town centre.
“On this scale differential alone, proposed developments such as this one and other similarly-sized proposals should be rejected by residents directly impacted and by the council itself as being inappropriate and in contravention of council’s own planning policies, procedures, objectives and guidelines,’’ he said.
Mr Gillis said more than 70 objections had been sent to council about the development proposed for 227-231 Ocean View Rd so the organisers hoped for a good roll up to the meeting.
He urged residents to come along to the meeting and hear and see for themselves the areas of land along Ocean View Rd that are earmarked as potential development sites.
The new group, started by Mr Gillis, Martin Mitchell from Umina Beach and Melanie Masterton from Ettalong, wants residents to let council know they are not happy with the lack of cohesion in their approvals.
They say residents are worried by the collective impact of proposed high-rises within a 1.4 mile area including the proposed six-storey 40-unit development on the Centrelink site and newly-built seven storey Atlantis building.
They want development that is appropriate for the village.
The group has a website at rrettalong.org and an email address is info@rrettalong.org.