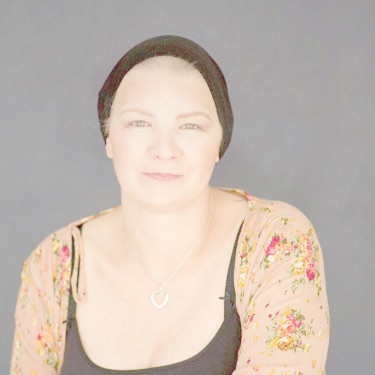 Campaigner Ms Oana McBride said Woy Woy was a good location for a hospice, even though she lives in San Remo. “It would be a good idea if there was land at Woy Woy that was close to the station and good for buses,” Ms McBride said. “Woy Woy is easy to get to for families, friends and for visitors from Sydney or Newcastle,” she said. The need for a dedicated palliative care facility on the Coast was recently highlighted by Ms Anna Edgell, the Woy Woy midwife with terminal breast cancer, who had joined Ms McBride, along with local politicians and members of Lions, to campaign for a hospice.

Ms Edgell, who died on December 1 aged 38, had tirelessly campaigned for the hospice, repeatedly stating she believed it was a campaign worth fighting for. Ms Edgell made a last-ditch bid to help residents from across the Central Coast to “die with dignity” and was gearing up for a media campaign to lobby the State and Federal Government to build a palliative care hospice on the Coast.

Prior to her death, Ms Edgell delivered a media statement to the Peninsula News.

“So why is it that while you can choose where to give birth on the Coast, you can’t choose where you are going to die?” Ms Edgell said. “Currently my choices are to die in a nursing home, or a standard hospital ward as there are no palliative care beds in any public hospitals on the Coast. “My dream is for a palliative care centre like home, a bit like a birth centre really with your own bathroom, a room big enough for visitors, no restrictions on visiting hours, use of a communal kitchen for relatives to prepare meals, low level lighting and maybe flowers and a little music therapy,” she said.

The Member for Gosford Ms Liesl Tesch has been an active supporter of the campaign along with Ms Edgell and Ms McBride. She delivered a speech in Parliament in November about the region’s need for a palliative care hospice. “The Central Coast has the largest population of centenarians in NSW, and 5.9 per cent of our population is over 80-years-old, close to 20,000 people,” Ms Tesch said. Ms Tesch told Parliament she had received a multitude of letters and email and a petition with 7000 signatures from community members who support the erection of a local palliative care hospice.

“The community’s effort has been amazing but it needs government for a dedicated, standalone facility,” Ms Tesch said. “Many people on the Central Coast spend their time commuting to and from work. “There is absolutely no reason someone who is terminally ill should have to commute in their final days. “We may not have the power to choose when we die, but in situations like Anna’s, we should have the power to choose how we die,” Ms Tesch said. Labor’s candidate for Robertson Ms Anne Charlton, has also supported the campaign. “The cost of keeping a patient in an acute hospital bed was $1800 per day compared to $1000 per day for a palliative care hospice staffed by palliative care specialists,” Ms Charlton said.

“Currently care is frequently provided by strangers and in urgent circumstances with a lack of holistic approaches. “Our patients and our families and our community expect and deserve more, Anna deserved more,” Ms Charlton said. Anna’s husband Mr Darren Edgell said he had lost the most amazing woman he had ever met. “Being a midwife defined Anna as a person. “It was what she lived for, helping women at their most vulnerable. “Through this profession, she found many friends on the way with her infectious smile.”

Inspired by Ms Edgell’s story, lymphoma survivor, Ms Celeste Boonearts of Ettalong is taking up the cause. “As a mother, every instinct is to protect our children and I was so scared for them and how cancer would impact our family,” Ms Boonearts said. “At the outset, my disease was expected to be quite advanced and the full diagnosis took 10 months.

“There was a lot of time I really didn’t know if I would have a future. “When I read Anna’s story, that she was the same age as me and that her daughter was the same age as my son, my heart just went out to her and to her family. “I know Anna has done so much to help others in our community both as a midwife and as an advocate for this hospice which we must all fight for.,” Ms Boonearts said.