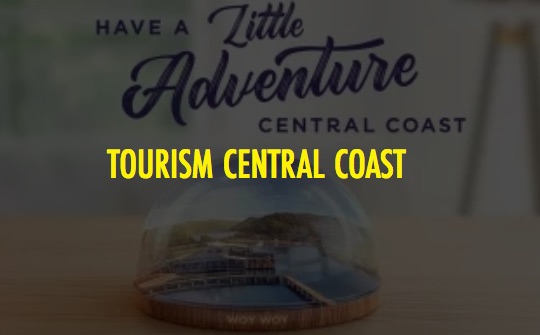 “A one year extension of Council’s current tourism services contract will enable a continued focus on growing tourism value for the Coast”, Mayor Jane Smith said.

Council commenced a two year contract with The Affinity Partnership Pty Ltd in July, 2017, with the option for a one year extension. The original contract was awarded following a tender process, with the intention of extension. Mayor Jane Smith said continuing the contract will assist with achieving the vision and goals for tourism on the Central Coast. “Tourism plays an important role in our region’s economy. “Last year it was estimated that the market value was $912.3m,” Smith said.

“That’s an important boost to employment and local businesses,” she said. “Council facilitates the delivery of tourism marketing and management in the region through planning and co-ordinated actions in collaboration with a range of stakeholders. “The overarching goal is to boost visitor economy and establish the Central Coast as a desirable visitor destination.”

It is proposed that the one year extension of the current services agreement will enable Council officers to remain focussed on achieving re-visioning projects, and will contribute to understanding Council’s future role and investment priorities for tourism marketing and development, including the role of external providers to deliver services.