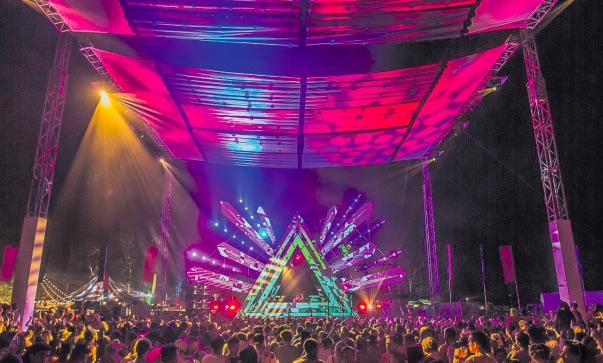 Lost Paradise will take over Glenworth Valley for four days

Lost Paradise, the Glenworth Valley music festival that brings thousands of revellers to the region over the New Year, has announced its 2018 line up.

Returning to the Coast for its fifth instalment, Lost Paradise will take over Glenworth Valley for four epic days of music, wellness, food, art and cultural experiences, from December 28 to January 1. The festival offers a completely immersive escape from city life, a musical playground amongst nature that will inspire, excite and enrich, with its kaleidoscope of experiences.

This year’s eclectic and thoughtfully curated music line-up raises the bar, with outstanding international and local artists performing across the unique, purpose built stages within the festival. The main stage, Arcadia, will present the edgy rhythms, world melodies and big bold bass lines of cultural icon, activist and game changer, M.I.A., for a NSW exclusive performance, and first in Australia for over five years.

Other main acts are: The Kooks, with their brand new album, Let’s Go Sunshine; one of the rap world’s most credible and exciting young acts, Joey Bada$$; and disco-centric bangers of Aussie dance trio, PNAU; alongside an impressive rollcall of international and local talent including: Vera Blue, Ball Park Music, Winston Surfshirt, Furnace and The Fundamentals, Bob Moses and SG Lewis. Home to the weird and wonderful, Lost Paradise is filled with unique and mesmerising characters and exciting curve balls.

Revellers can hitch a ride on impressively built art cars, visit wild theme camps, and be hypnotised by aerial artists and roving performers like the Soul Drumming crew, magical wonders of the Ghetto Shaman, Stilt Walkers and Motor-Biking Bandits. With an ever-growing desire for a place for festivalgoers to nourish their mind, body and soul, Lost Paradise’s magical Shambhala Fields oasis will showcase some of the most experienced and expert teachers and practitioners from Australia and overseas.

Trashed festival site provides some good news for the homeless