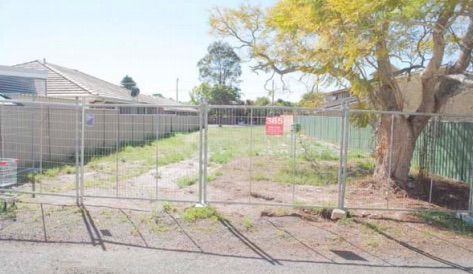 The proposal has been advertised for public feedback with submissions closing on November 8. The 10 units will include seven with one bedroom and three with two bedrooms “in response to local demographic demands”. According to a consultant’s report submitted to Central Coast Council in support of the proposal, the development would include 12 parking spaces with access from the rear laneway.

The site is located in the R1 Residential zone so the proposed fl at building is permissible with Council consent. The consultant’s report indicated that a pre-DA meeting in February considered a single storey proposal but the site was deemed to have “potential for greater density”. According to the report the proposal does not comply, by a small margin, with the minimum lot size required by Council for residential fl at buildings. The land is currently vacant as the previous house and garage have been demolished. It adjoins a church to the south and a villa development to the north. “At the ground level there are two units located on the eastern part of the site facing Blackwall Rd, and 12 car parking spaces located behind the units, with access to the unnamed laneway at the rear.

“Pedestrian access is provided to Blackwall Rd as well as the car park area, and an area of deep soil communal open space is provided in the south-eastern corner at the ground level. “Levels 1 and 2 contain four units each, which are located over the ground level units and cantilevered over part of the car parking area at the rear. “The building has a full residential presentation to Blackwall Rd, which is narrower at the front, and widens on both sides moving into the site.

“Due to the site being isolated by existing development on two sides, the building is located closer to the southern (non-residential) boundary, and includes a part zero setback to this boundary.” The proposal meets Council’s requirements for fl oor space but because parking is provided at grade and not underground, a variation to the current control was still required. It seeks some variation to setbacks due to the narrow width.