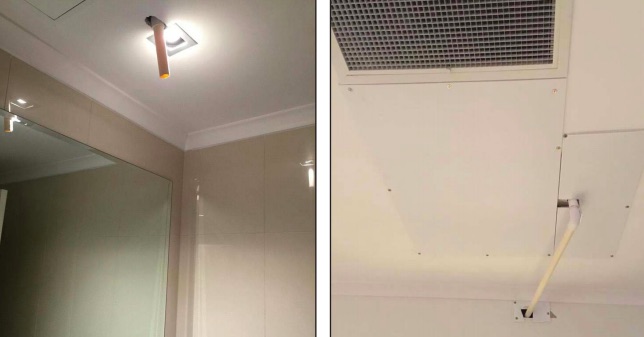 Unit owners in the Ettalong Diggers complex have been denied access to the roof of the building to inspect the cause of the leaks of polluted water in their units.

They have been told that access to the roof is restricted due to radiation from the telephone towers. A site radiation folder, required to be kept by Ettalong Diggers, describes the towers as a controlled area not accessible to ordinary members of the public. Even telecommunications workers are not permitted to approach areas closer than prescribed in the folder or enter areas coloured red in the folder.

The folder has to be reviewed annually and when alterations or additions to the site are made. A test or assessment must be performed regularly by a competent authority to confirm the extent of all exclusion zones due to the RF transmitters located on the roof of the building. The site radiation folder establishes the safe operating areas and limits of the electromagnetic fi eld surrounding the devices located at the club.

All persons, before accessing the rooftop area need to have read and understood the site radiation folder. Non-ionising radiation risk signs are required to be exhibited at the entrance and on the boundary of the enclosures that contain radio frequency hazards to mark exclusion zones Relevant publications listed in the folder include the radiation protection standard maximum exposure levels to radio frequency fields 3kHz to 300GHz (2002) republished May 31, 2016.

According to the US Federal Communication Commission, antennas used for mobile phone and wireless transmissions are typically located on towers, water tanks or other elevated structures including rooftops and the sides of buildings. In urban and suburban areas service providers commonly use “sector” antennas, rectangular panels, typically mounted on a rooftop or other structure.

Panel antennas are usually arranged in three groups of three each and it is common that not all antennas are used for the transmission of RF energy; some antennas may be receive-only. At a given cell site, the total RF power that could be radiated by the antennas depends on the number of radio channels (transmitters) installed, the power of each transmitter, and the type of antenna. While it is theoretically possible for cell sites to radiate at very high power levels, the maximum power radiated in any direction usually does not exceed 500 watts.

The RF emissions are generally directed toward the horizon in a relatively narrow pattern in the vertical plane. In the case of panel antennas, the pattern is fan-shaped, like a wedge cut from a pie. The power density from the antenna decreases rapidly as one moves away from the antenna.

Ground-level exposures are much less than exposures if one were at the same height and directly in front of the antenna. Measurements made near typical installations have shown that ground-level power densities are hundreds to thousands of times less than the limits for safe exposure. “When antennas are mounted at rooftop locations it is possible that a person could encounter RF levels greater than those typically encountered on the ground. “However, once again, exposures approaching or exceeding the safety guidelines are only likely to be encountered very close to and directly in front of the antennas. “There is no reason to believe that such towers could constitute a potential health hazard to nearby residents or students.