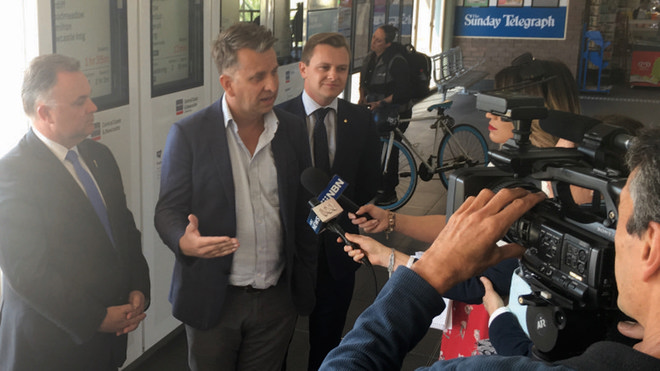 Central Coast customers will benefit from a doubling of express services to and from the Sydney CBD from September 30, with four express trains an hour during the morning and afternoon peaks.

Minister for Transport and Infrastructure, Andrew Constance, said customers from Wyong and Tuggerah stations will have access to peak express services to and from the city, via Strathfield every 15 minutes on average, compared to every 30 minutes as it currently stands. “These services will be the fastest option for customers travelling to and from the Sydney CBD, and will skip suburban stops such as Eastwood and Burwood, in response to customer feedback,” Constance said.

“Our priority is to give Central Coast customers what they want, which is fast, reliable and regular services,” he added. Member for Terrigal, Adam Crouch, said these improvements to train services were welcome news to Central Coast commuters. “I’ve long been advocating for more train services from the Central Coast to Sydney and I’m proud to be part of a government that is delivering for the region,” Crouch said.

These services will also be among the first to receive the brand new intercity trains from late next year, which will transform longer distance travel with features including charging stations for mobile devices, wider seats with armrests, and dedicated space for luggage, prams and wheelchairs. Parliamentary Secretary for the Central Coast, Scot MacDonald, assured Central Coast customers that they will still have the option to catch direct trains to and from Sydney CBD via the North Shore, with access to the same level of peak services they receive today. “The Labor Party has been out there claiming that the temporary shutdown of the Epping to Chatswood line will lead to a cutting of services via the North Shore Line. “This is simply not true,” MacDonald said.