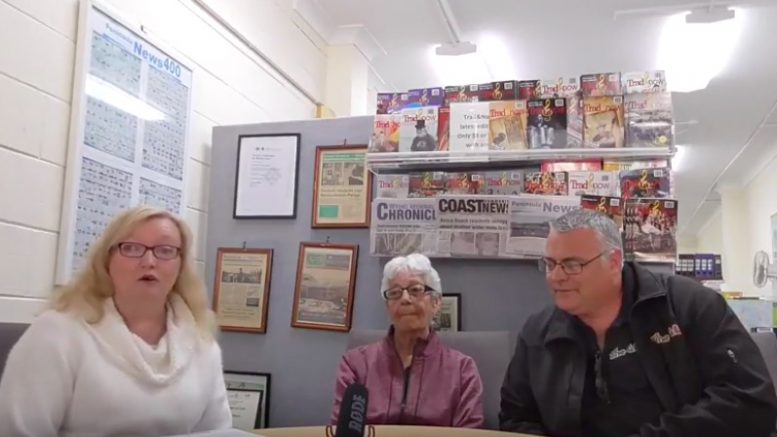 The Glen’s CEO Joe Coyte, and Director, Jan McKinnon, explain what is special about the 25-year old Chittaway centre and about the need for a women’s centre.

Joe Coyte announced that The Glen had just been re-accredited for another 10 years and that the assessors had remarked on its “amazing governance structure” and the passion of its Directors. According to Coyte, the Glen was started by Cyril Hennessy, who had his own issues around drugs and alcohol and had lost his own son through addiction.

He teamed up with Vince Coyte, Joe’s father, who had recently lost his wife to cancer. “It is a pretty amazing place and I suppose that stems from the stuff that has been put in place by Cyril,” Coyte said.

“I met Vince 23 years ago when I lost my son to drugs and he came to the rescue,” said McKinnon. “Eighteen months after that I lost my youngest daughter, and Vince came to the rescue both times.” Truth is the core of everything at The Glen, according to McKinnon and Coyte. Culture and caring is another “massive part” of the centre’s success. The five, passionate Aboriginal women who are the current Directors are just the team to campaign for a centre for women run along the same lines as The Glen.