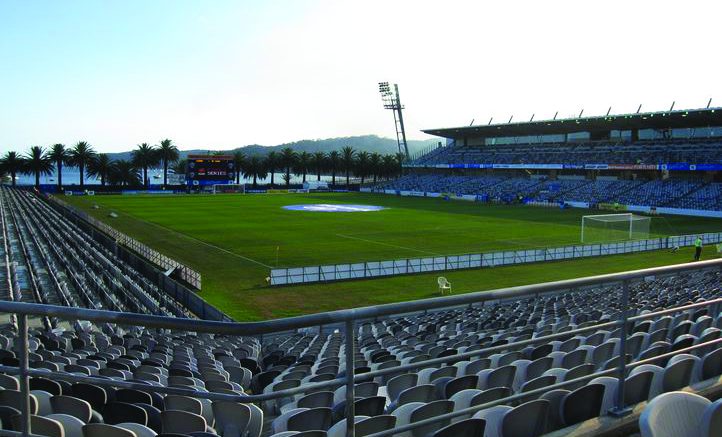 The world’s fastest man, Usain Bolt, could be appearing at Gosford’s Central Coast Stadium, not as a sprinter, but as a professional footballer for the Central Coast Mariners.
The 11-times world champion and eight times Olympic medallist, has been in negotiations with the Mariners as a step towards becoming a contracted squad member.
“The club can confirm that it has been in negotiations with Usain Bolt regarding the opportunity to trial here on the Central Coast,” the Mariners confirmed in a written statement.
“The Central Coast Mariners remain committed to discussions with the ‘world’s fastest man’ and his management team, regarding what role the Club may play in Bolt’s burning ambition to become a professional footballer.
“It is crucial to note that all discussions require an initial six-week-trial period, and no contract is guaranteed.”
The eight time Olympic gold medallist will be touching down on the Coast in August to commence the trial.
Appearing on the Big Sports Breakfast program, Bolt’s agent, Tony Rallis, confirmed that the star had agreed to a deal “in principle” with the Mariners, subject to a couple of benchmarks.
“Mainly, a trial, and of course, marquee funds support from the FFA.
“Once the FFA comes back and says that they’ll be part of the process, we’re going to the trial,” Rallis said.
Mariners’ CEO, Shaun Mielekamp, told ABC Radio Central Coast, that the club was in the final stages of its negotiations with the track super star.
Mielekamp said they had been in contact with the Football Federation of Australia, which was yet to make a commitment.
Bolt, an avid football fan, retired from the track after the world championships in London in 2017.
He has since trialled with German giants Borussia Dortmund and Stromsgodset in Norway, and frequented the 2018 World Cup.
Rallis told the Big Sports Breakfast program that this could be the start of something huge for the Mariners.
“If he’s competitive, he will lift their (Mariners) A-League profile,” Rallis said.
“He will create dreams for young people and he will give the A-League a profile no amount of money can buy.
“This bloke’s an ambitious athlete.
“The A-League needed a hero, and we got superman,” Rallis said.
“The owner of Central Coast Mariners has put his hand deep in his pocket and guaranteed 70 per cent of the salary,” he added.
Rallis also shed some light on how the trial, which blindsided many, came to be.
According to Rallis, the Mariners fast tracked their dealings with Bolt by taking his ambitions seriously, something he hinted other A-League clubs did not.