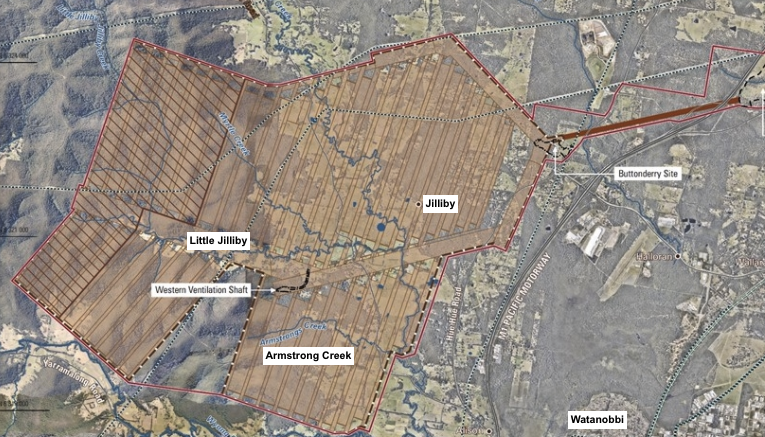 The Independent Expert Scientific Committee (IESC) on Coal Seam Gas and Large Coal Mining Development, has provided new advice to the Federal Department of Environment and Energy to help Minister, Josh Frydenberg, decide whether or not to approve Wallarah II near Wyong under the EPBC Act 1999.

The advice was released on June 18. It last gave advice on Wallarah II in 2013, but the release of a Bioregional Assessment for the Hunter sub-region, prompted a request for new IESC input. “This means that all relevant information and assessments will be available to the Minister to assist the determination,” said Mr Peter Allonby, General Manager for Wallarah II. “The supplementary assessments undertaken by the NSW regulator and the proponent have satisfactorily addressed the potential impacts, including those to the Central Coast Water Supply System, and those identified in the 2013 IESC advice, to a level where any residual matters can be addressed using the monitoring and management measures outlined,” the IESC said. “The conditions in the NSW development consent for the proposed project are substantial and robust.

“However, the IESC cannot comment on specific measures within each of the required monitoring, mitigation and management plans, because they were not available to the IESC for review,” it said. Wallarah II would cover 3,700 hectares and extract 5 million tonnes of coal per year over 25 years. The IESC confirmed risks posed by Wallarah II would be: conventional and nonconventional subsidence to Jilliby Jilliby Creek and tributaries; nonconventional subsidence to Wyong River; changes to water quality and quantity in Wallarah Creek; and, changes to water quality at the site of treated water discharge back into the Central Coast water supply catchment. Other risks confirmed by the IESC included “potential impacts to groundwater dependent ecosystems, water-dependent species and cumulative groundwater impacts”.

The IESC accepted the Wyong Coal modelling of a maximum 300 ML/year loss of water from the Central Coast’s drinking water catchment. This maximum has been disputed by the Australian Coal Alliance (ACA). According to the IESC, 270 ML/year could be lost from Jilliby Jilliby Creek and 30 ML/year from the Wyong River. The IESC identified a range of data gathering, monitoring, mitigation and management measures that should be prepared and implemented by Wyong Coal to address risks.

“Ongoing monitoring and regular (three-yearly) re-evaluation of the proponent’s numerical groundwater model will help constrain the range of predictions and inform ongoing monitoring and management measures. “Jilliby Jilliby Creek and its tributaries overlie the majority of the proposed northern longwalls. “The proponent should consider using a range of subsidence monitoring measures, such as remote sensing, before and after each longwall’s extraction, to compare the data with predictions and subsidence monitoring points.

“All subsidence monitoring points should be installed before any mining of second workings. “Data from subsidence monitoring needs to be used to provide better calibrated predictions of subsidence within each consecutive Extraction Plan. “Monitoring should be undertaken to determine if leakage from shallow near-surface fractures occur, and if the flows through fractures are returning to the watercourses. “Such monitoring should be undertaken before mining commences, to gather the baseline conditions above each longwall. “Groundwater quality monitoring is needed to determine whether groundwater that has travelled through shallow subsidence fractures contains metals or other contaminants.

“This monitoring should be compared to groundwater monitoring from a reference site upstream and outside of the subsidence impact zone. “Longwalls 2S to 4S and 1SW to 5SW are close to the Wyong River and are the longwalls most likely to cause nonconventional subsidence impacts.” The IESC listed measures needed in Extraction Plans for those longwalls to identify any adaptive management strategies needed if updated predictions were greater than the miner predicted in the original EIS. “The baseline monitoring should also be used to identify areas at risk of impact and identify site-specific management measures.”

The NSW Development Consent requires the mine to release 300 ML/ year of treated water back into the catchment but “an assessment of the potential impacts to surface watercourses and Groundwater Dependent Ecosystems (GDEs) associated with this condition has not been provided. “The proponent will need to develop water monitoring and management measures to address any risks associated with the release. “These should be provided prior to the release of any treated water.” The IESC said they should also include the potential to alter habitat and flow requirements for in-stream biota, such as the Australian Grayling and Macquarie Perch.

It also called for risk assessment of the mine’s impacts on in-stream, riparian and associated GDEs downstream of where treated water would be released. “The IESC considers that the development of a Surface Water Monitoring and Management Plan is needed to manage the potential impacts to Wallarah Creek”. It outlined the parameters the Plan should include such as metals, water quality monitoring for eco-toxic impacts, and a direct toxicity assessment using freshwater species. The IESC said changes to water flows could provide habitat for unwanted exotic species such as Mosquito Fish, which would affect the breeding habitat of native fish and frogs.

“The release of treated water into Jilliby Jilliby Creek would have proportionally less impact than if released into the smaller Wallarah Creek,” the advice said. The quantity and quality of discharged treated water will be managed through an Environmental Protection Licence (EPL) not yet prepared. The IESC advice included how and what water quality objectives should be applied to any water released back into the catchment.

According to the IESC, if predictions about barium levels in discharged water are correct, “discharged water could pose a potential risk to aquatic biota in Wallarah Creek when the majority of flow in the creek is made up of treated water. “Site-specific guideline values for barium should be derived using an upstream monitoring location that is representative of the existing water quality conditions in Wallarah Creek.” The NSW Development Consent requires the review and update of the groundwater model every three years.

The IESC said those reviews and updates should include sensitivity and uncertainty analyses and the use of broader environmental tracers than those outlined in the NSW Consent. In 2013, the IESC advised that groundwater drawdown and subsidence would impact GDEs, especially in the Jilliby Jilliby Creek catchment including species and habitat listed in the EPBC Act. It recommended testing for groundwater-dependent biota annually. “A monitoring program should be coupled with an appropriate management plan. “The Hunter Subregion BA has identified potential cumulative impacts from Wallarah 2 to riparian rainforests of the Wyong River catchment. “Other potential GDE communities in the area include Woollybutt Turpentine sedge forest, and wetlands supporting Phragmites australis and Typha orientalis.

“The IESC considers a local-scale investigation of the subsidence impact zone is needed to provide data on the water dependence of these potential GDEs.” Investigations should begin prior to the mine starting and it has provided a comprehensive list of measures the miner should undertake. The IESC noted that during extended dry periods, there may not be sufficient water to protect GDEs in subsidence areas. It listed more measures that the miner should introduce to support a Biodiversity Management Plan, especially for the endangered or vulnerable species including the Macquarie Perch, Australian Grayling, Giant Barred Frog, Giant Burrowing Frog, Green and Gold Bell Frog, Stuttering Frog, Littlejohn’s Tree Frog, Green-thighed Frog, and Wallum Froglet.

The scientific committee highlighted locations of aquatic ecological sampling sites provided by the mining company were not in the areas of the maximum predicted subsidence and recommended further sites in the maximum subsidence areas for Jilliby Jilliby Creek and Little Jilliby Jilliby Creek. The IESC also said Wyong Coal should investigate and quantify the hydraulic connectivity on the north-east boundary of Wallarah II with the Mandalong mining project.

“This work should be incorporated into groundwater modelling reviews and updates of boundary conditions in the proponent’s groundwater model.” The Australian Coal Alliance, which is attempting to stop Wallarah II through the NSW Land and Environment Court has maintained that the measures suggested by the IESC would make Wallarah II unviable. “Any conditions attached to the EPBC determination are unlikely to have any material impact on the Project’s viability.” said Mr Allonby

CCRDC to deliver the “built form outcomes” for Gosford revitalisation