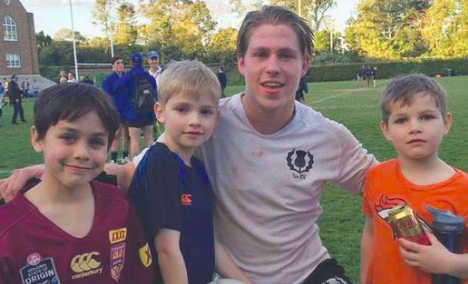 Hugh Margin, a former Central Coast Rugby player, has been named in the Junior Wallabies squad, to compete in the Oceania Rugby Under 20’s Championships on the Gold Coast.

Margin, who plays in the Forward Lock position, started off his junior career with the Gosford Under 5’s. He then moved to Ourimbah for some time before playing his final year of Central Coast Junior Rugby at Kariong. Margin finished his junior career playing for Knox College, where he was selected in the NSW Schools team. Margin will join his new team at Bond University on the Gold Coast for an intensive training camp with the competition kicking off on April 27.