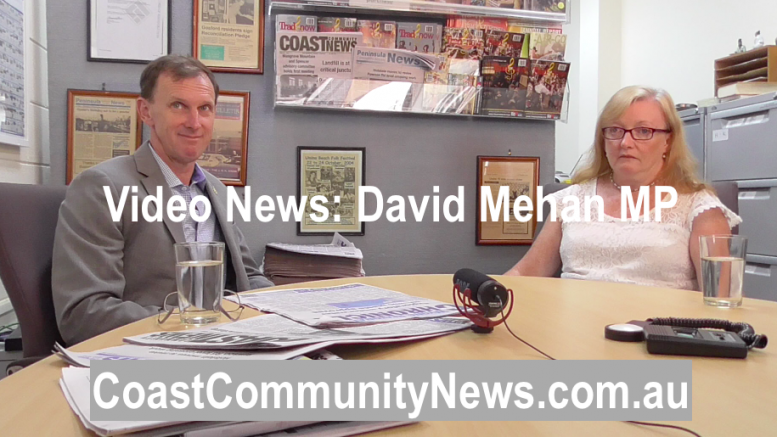 Comprehensive interview with David Mehan MP for the Entrance

When interviewed by Central Coast Newspapers for its latest Video News, Member for The Entrance, Mr David Mehan, was hours away from knowing whether or not he would be Labor’s preselected candidate to contest the seat in the March 2019 NSW State Election.

He confirmed after the interview that he was the only candidate that stood for preselection and would, indeed, be given the opportunity next year to contest The Entrance, the most marginal seat in the state. Mr Mehan started the interview with an explanation of how he made the transition from being a soldier to a scientist to a trade unionist and, finally, a politician. He recalled an early victory as a trade union officer when he managed to get equal pay for women working at Nana’s apple pie factory.

Mr Mehan is also passionate about affordable housing, probably due to the time he spent as a board member and chair of the Central Coast Tenants Advice and Advocacy Service. Mr Mehan said many families continue to struggle to afford rental accommodation paying rents much higher than the 30 percent of their incomes deemed “affordable”. He said his electorate had well below the state’s average of public housing stock and that the private rental market was simply beyond reach for many. However, he said he was confident that solutions could be found to increase the supply of social and affordable housing.

Video News: Matthews would love to see a woman as Council’s CEO