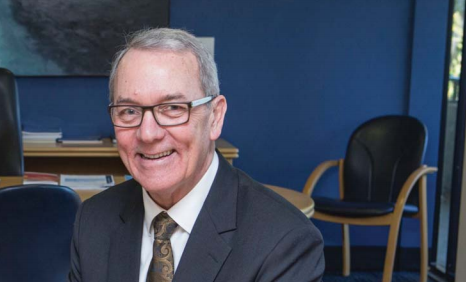 The process has commenced for the selection of a new CEO for Central Coast Council.
It is understood that the Interim CEO, appointed by former Administrator, Mr Ian Reynolds, will remain in the role until a replacement is found.
“He was only ever here as a temporary appointment,” said Mayor Jane Smith, who said Mr Bell’s experience and guidance had been invaluable during the first few months of the newly-elected Council.
“We are starting the process for recruitment of a new CEO,” she said.
Mayor Smith said the timeframe for the appointment was not locked in, but outlined the steps involved.
“We have started the process to tender a recruitment organisation to assist with the process,” she said, adding that she hoped that initial step would be completed by the end of January.
There will then be a call for applicants, vetting of written applications, creation of a selection panel and the resulting interview process.
“It may well take six months, but you’d think at least between three and six months, and then there may be a period where the successful applicant will have to give notice before they are able to start,” she said.
“I think it is just a case of determining where, as an organisation, we need to go,” she said when asked why the recruitment process appeared to have commenced ahead of schedule.
“It is no reflection on Brian, he has been a fantastic asset, and at this point in the organisation…he has been the right person in the role at the right time.”
She said she did not believe Mr Bell would depart before the recruitment of the new CEO had been finalised.
“Brian Bell will leave as soon as we appoint the new CEO,” she said.