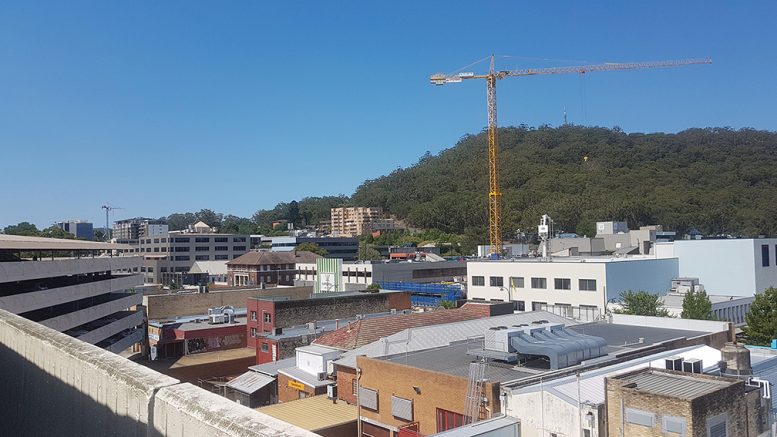 Central Coast Mayor, Jane Smith, wants a new strategic approach to the future development of the Gosford CBD that includes traffic management, transport and parking.
To that end, she has prepared a Mayoral Minute for the consideration of her fellow Councillors when they have their final 2017 meeting on Monday, December 18.
“I will be putting up a Mayoral Minute this week to ask that the Gosford CBD Local Environmental Plan goes back out on exhibition, with the Development Control Plan (DCP), in keeping with the Administrator’s decisions in that area that the new Council should have the opportunity to have a look at some of that planning,” Clr Smith said.
“What I would like to see is some good strategic planning that looks at the capacity of the CBD in terms of its population and activity capacities, and looks at the transport needs of the population,” she said.
“That may mean improving cycleway access, enouraging public transport providers to improve services, and strategies around how we manage traffic flow,” she said.
“I am very determined that the transport issues need to go hand in hand with what we do in the CBD, it needs to be a liveable and sustainable city.”
According to Clr Smith’s Mayoral Minute, on July 26, the Administrator resolved that Central Coast Council support an amended planning proposal (78/83/2015) called Gosford City Centre Commercial Core Bonus Incentives.
Mayor Smith, in an interview with Coast Community News, said: “Council staff are still working on the DCP for the Gosford CBD.”
According to her Mayoral Minute: “The final planning proposal varies to the guidance provided in the Gateway Determination issued by the Department of Planning and Environment, specifically with regards to the application of Clause 4.6 and the provision of solar access to public spaces.
“As part of the resolution of July 26, the Administrator also resolved: “That Council request that the Department of Planning and Environment and the Minister for Planning not finalise their consideration of the matter until the newly-elected Council considers its position in relation to the proposed Gosford Development Control Plan amendments to be exhibited.”
According to Mayor Smith, Gosford is located in a narrow valley bordered by two hills, Rumbalara Reserve and Presidents Hill, and the waterbody, Brisbane Water.
She said Direction 1 in the Central Coast Regional Plan 2036 was to “grow Gosford City Centre as the region’s capital”.
Gosford City Centre is also part of the “Southern Growth Corridor” linking Somersby to Erina in the NSW Government’s Regional Plan for the Coast.
“Although these priorities provide significant opportunities for the renewal of Gosford City Centre, they also provide challenges,” she said.
“The future development of Gosford City Centre requires strategic planning with regards to traffic management, transport and parking.
“It also provides an opportunity for Gosford CBD to become a case study in sustainability that could demonstrate best practice initiatives in the growth of an urban centre,” Mayor Smith said.
Accordingly, when Council meets on December 18, Mayor Smith will formally move that Council re-exhibit the Planning Proposal Report -78/83/2015 Gosford City Centre Commercial Core Bonus Incentives, with the draft Development Control Plan when it is finalised, for exhibition.
If carried, the minute will also result in Council preparing and also exhibiting, concurrent with the LEP and DCP: a Traffic, Transport and Parking Management Strategy for the Gosford City Centre; an Emergency Management Plan for the Gosford City Centre; a City Activation Strategy considering incorporating the use of public spaces and Council assets; and, a report outlining sustainability initiatives to be incorporated into the Gosford City Centre, including, but not limited to, initiatives and benchmarks related to water, energy, waste and open space.
It is the Mayor’s intention, if her Minute is supported, to conduct at least two community presentation-information sessions on the proposals, including day and evening sessions. 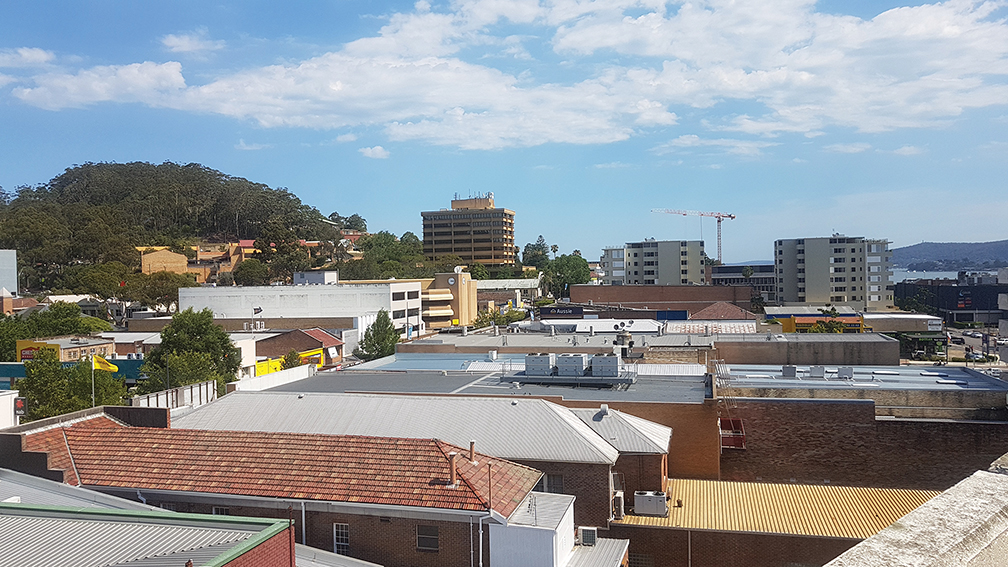 Another view of the Gosford CBD skyline which could be changed by future development controls
Photo: Justin Stanley

A resolution supporting the Mayoral Minute will also see Council invite the Coordinator General, Ms Lee Shearer, and the NSW Government Architect, to be active participants in the processes outlined above.
It is understood that Ms Shearer has had a preliminary meeting with Mayor Smith regarding the future of Gosford CBD.
Prior to her election to Council, Mayor Smith, in her former role as CEO of the Community Environment Network, spoke against the proposed changes to matters including height limits, in the amended planning proposal for the CBD commercial core.
The proposal considered by the Administrator, Mr Ian Reynolds, and adopted with a proviso for the newly-elected Councillors to have the opportunity for input, would see a maximum building height of 99 metres in the commercial core of Gosford City, along with bonus floor space provisions, for a period of two years.
The proposal that was conditionally endorsed by Mr Reynolds, and which Mayor Smith proposes to be re-exhibited, would see parts of the CBD currently zoned B4 Mixed Use, the blocks bounded by Henry Parry Dve, Donnison St, Dane Dve and Georgiana Tce, changed to B3 Commercial Core.
Similarly, the area currently zoned B4 Mixed Use on the blocks bounded by Erina St, Albany St, Donnison St and Henry Parry Dve, would also be rezoned to B3 Commercial Core.
Conversly, the area currently zoned B3 Commercial Core between the railway, Erina St, Henry Parry Dve and Faunce St would be rezoned to B4 Mixed Use.
In December 2014, the former Gosford Council considered a Gosford City Centre Statement of Strategic Intent that recommended the redefinition of the CBD’s commercial core to refocus it towards the waterfront and to introduce a new bonus incentives clause for the new commercial core.
The former council subsequently started to prepare a Voluntary Planning Agreements policy for the commercial core.
According to the staff report considered by Mr Reynolds in July, “The Planning Proposal is a strategic land use planning response supporting the revitalisation of the Gosford Commercial Core.”
The staff report also recommended amending the Gosford LEP 2014 so that clause 5.6, relating to architectural roof features, would not apply to developments using the bonus incentives.
It would also include “overshadowing objectives and controls”, a limited time period for consents using the bonus, and a transition/ savings provision.
The new provisions would offer a bonus 74,000 square metre “pool” of floor space within the B3 commercial core.
The bonus floor space would be available to developments to enable them to exceed existing height and/or floor space development standards if they meet certain requirements including: a minimum street frontage of 40 metres; a maximum site area of 2,800 square metres; a maximum height of 99 metres AHD; design excellence; and, the provision of significant public benefit.
Due to public submissions, a requirement was to be included to allow for merit based assessment to ensure reasonable solar access to Kibble Park, Graham Park and Leagues Club Field, to be measured during the winter solstice.