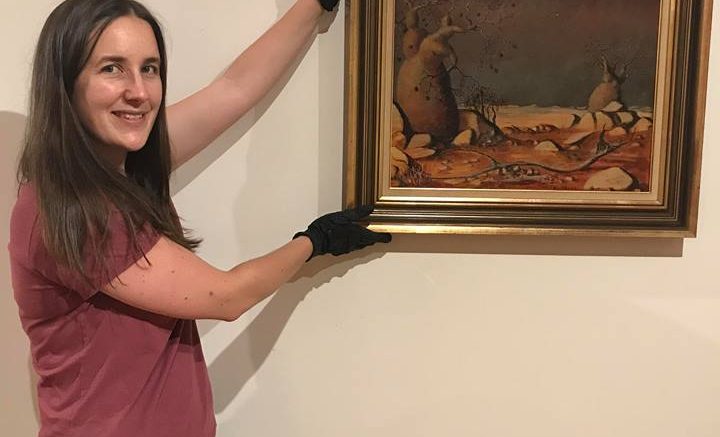 Gosford Regional Gallery is hosting a major exhibition featuring the original works of iconic Australian artist Russel Drysdale.
Curator for the Gosford Regional Gallery, Ms Sara Samild, has spent over a year putting together the exhibition, and believes that it is an exciting opportunity for the gallery and the wider community of the Central Coast.
The exhibition, titled ‘Bouddi’, after the name of Drysdale’s farm in Killcare, features 53 works inspired by the artist’s time spent living on the Central Coast.
“It’s not the period he’s known for, and that’s one of the reasons we wanted to do this exhibition, because it hasn’t been done before, and we’re really keen to celebrate his connection with the Central Coast,” Ms Samild said.
It is the first time the works from this period will be exhibited together.
Most the works now belong to private collections and have had to be individually sourced to curate the exhibition.
“The most exciting thing about this exhibition is seeing all these works together in one room,” Ms Samild said.
“It’s amazing.
“Because so much of his work is in private collections, it’s rarely ever seen in public, so the opportunity to see some of these works in public, particularly together as a group, is really special,” she said.
“The paintings are very precious because they are very rare and quite valuable, so we’re really happy to have the group of paintings that we have here.
“The subtlety and the vibrancy of his colour, you just can’t get from a reproduction.
“It’s another thing to see the works in person,” she said.
Most often recognised for his paintings, Bouddi features a significant number of drawings and other works such as etchings and book illustrations.
“This isn’t what he’s known for, but it provides this really unique insight into his personal life and personality,” Ms Samild said.
Often associated with his fascination with the Australian outback, ‘Bouddi’ highlights another one of Drysdale’s interests.
“There’s definitely more of an emphasis on people.
“You see a lot of portraits and focus on the human figure, opposed to his earlier work, which was much more focused on the landscape and the outback land.”
Ms Samild believes the exhibition reveals a lot about Drysdale’s life on the Central Coast.
“It was really quite a social time for him.
“He loved having people over at the house, and he loved talking to people, and that really comes across in the kind of works that he produced.”
The exhibition holds special significance to the people of the Central Coast and Mrs Samild believes it is an important part of the community’s history.
“It’s exciting for everyone on the Central Coast to be proud of the fact that he’s part of our cultural heritage,” Ms Samild said.
“He loved being here and it was a really happy time in his life,” she said.
The exhibition opened to the public on December 9 and will be on display until February 4.

Ettalong Beach Arts and Craft Centre up and running again