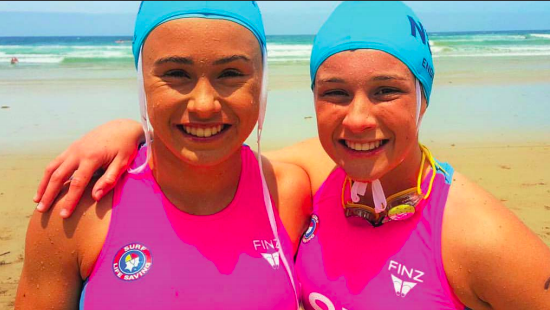 Umina Surf Life Saving Club members Jemma Smith and Rachel Wood have been selected to compete at international events overseas.
Rachel Wood will be competing in a Europe tour, while Jemma Smith will be competing in a New Zealand tour.
Jemma Smith has been awarded the title of Australian Young Athlete of the year and was the co-captain for the Australian youth lifesaving team who won the world title and won three gold medals on the senior circuit.
Rachel Wood was a replacement in the world games in Poland and has also made her way to international level at a rapid pace.
Wood also participated in the Australian youth team where she won five gold, three silver and a bronze in both individual and team events.
Earlier this year, Rachel represented her country in Japan, while also taking part in the final trial for the German and Orange cups, where she broke the youth record for 200m super life saver which previously belonged to one of her team mates.
For the first time, the Australian Life Saving Team will have two teams competing in two separate competitions at the same time.
Rachel Wood will be competing in the Europe tour for the German cup as well as the Orange cup whereas Jemma Smith will be competing in the New Zealand tour.
Both the international Surf Rescue Challenge in New Zealand and the Orange cup will be on December 2 and 3.
The German cup will be on November 25 and 26.
Joining the girls from last year’s national team will be Maroochydore athletes Chelsea Gillett and Sam Bell, along with Currumbin duo Prue Davies and Matt Davis.