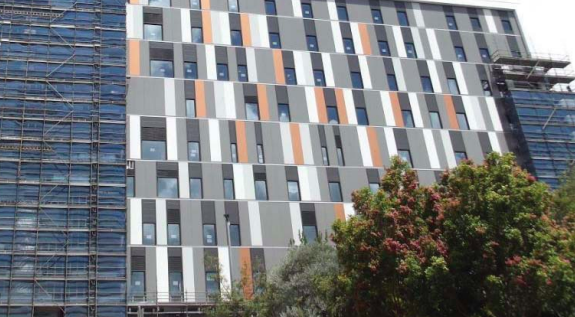 The $348 million, 11-storey Gosford Hospital Redevelopment project is continuing to take shape, and is set to be one of the greatest infrastructure developments on the Central Coast.
The redevelopment project is set to improve the healthcare and economy of the Central Coast, thanks to the innovative design of the hospital facilities, as well as the increased number of staff that will bring more jobs and services to the area.
Dr Andrew Montague, Chief Executive Officer of Central Coast Local Health District, said he believed that Gosford Hospital’s ability to use information technology (IT) will ensure that the hospital will be able to cater for the increasing Central Coast population over the next 10-15 years.
Dr Montague said Gosford Hospital will have a variety of new units.
“We will have brand-new ward areas for orthopedics, a brand-new intensive care unit, a brand-new birthing suite and maternity ward, as well as a rehabilitation unit and a brand new emergency department,” Dr Montague said.
Dr Montague explained how simple things such as having opaque glass instead of curtains, and coloured toilet seats can make a difference.
“Curtains are a risk of infection and other things, and having opaque glass instead, gives that privacy and sense of space for patients and their families when they’re not well.
“The toilet seats that we use have a discerning colour, so when older patients go to use the bathroom, their chances of having a fall is reduced as they won’t have a visual change in colouring. 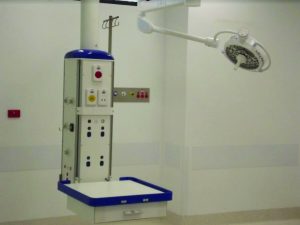 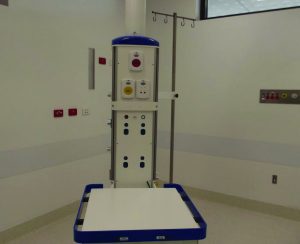 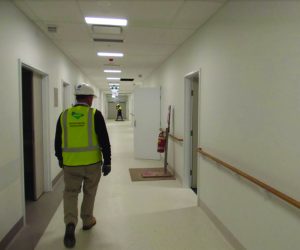 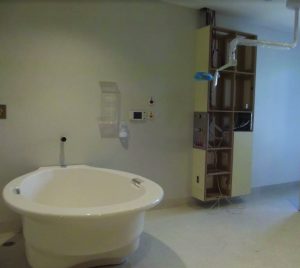 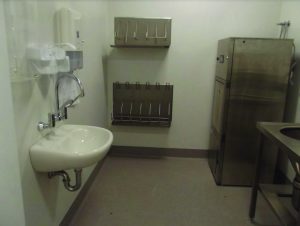 Dr Montague is hoping that Gosford Hospital will be able to develop a model where rehabilitation will be available as an onsite ward in the next two years, as one of the new departments that will be introduced.
“There will be extra cardiac cath labs for inpatients with a heart problem or chest pain, and we will be able to take pictures of the arteries in the heart, because we will have extra areas to be able to do that.
“That will be a really big change, because we will then be able to look after patients who have those types of heart conditions in Gosford 24/7 and they won’t need to be shipped down to Sydney, which is what happens at the moment.”
Dr Montague said that the Gosford Hospital Redevelopment project is coming together well and that it will greatly benefit the Central Coast community.
“The lower levels look fantastic and work on the upper levels is well underway as the staff stamp shelves, light switches and the bits and pieces are installed.
“I think that when you drive around the Central Coast, it’s certainly a building that sticks out, and it’s certainly been a big development, being at $348 million dollars, so I think it’s something that will not only bring better facilities to be able to provide better healthcare, but will increase the number of staff that we have as well.
“It will mean more jobs on the Central Coast, and will have an impact on the whole community,” Dr Montague said.
The new hospital tower is set to be completed by mid-2018, and the entire redevelopment project is expected to be finished by late 2019.