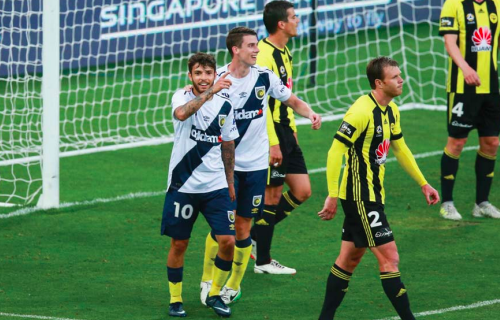 The Mariners celebrate after one of 4 goals against Wellington 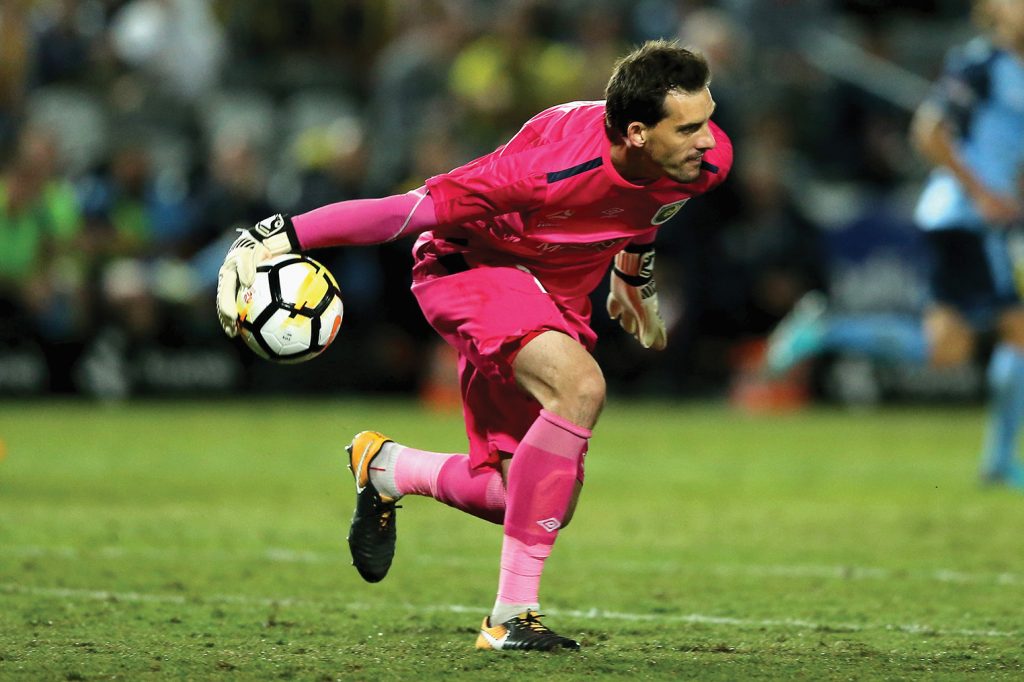 GOSFORD, AUSTRALIA – NOVEMBER 10: Ben Kennedy of the Mariners in action during the round six A-League match between the Central Coast Mariners and Sydney FC at Central Coast Stadium on November 10, 2017 in Gosford, Australia. (Photo by Ashley Feder/Getty Images)

November has been a special month for De Silva, who was instrumental in the Mariners’ 2-0 victory over Sydney FC, and also scored his team’s second goal in their win over the Wellington Phoenix.
NAB Chief Marketing Officer, Mr Andrew Knott, said he was proud to see the NAB Young Footballer of the Year Award continue to identify and reward outstanding achievement of talented young footballers.
“We congratulate Danny on his nomination and look forward to watching his development and growth on the football field in the years to come,” said Mr Knott.
De Silva also earned a place in the midfield of the A-League Round 8 Team of the Week: “Simply too good for Phoenix, [he] picked passes, dribbled with purpose and took his goal with aplomb”.
Andrew Hoole was also named in the team of the week for Round 8; his goal was described as “an absolute peach of a finish [that] capped an incisive, damaging display from the Central Coast speedster”.
Ben Kennedy was named A-League Round 8 Keeper of the Week: “Unlucky not to keep a clean sheet in Wellington, Kennedy is proving a valuable acquisition for Paul Okon’s side as an experienced head behind the defence”.
Capping off the accolades received for their Round 8 performance, Mariner’s coach, Paul Okon was named Manager of the Round.
“The Mariners turned on the style away from home to thump Phoenix.
“Class display, class young manager in Paolo.”
The Wellington clash also marked Blake Powell’s first appearance in the A-League since January 28, due to a long-term injury.
Powell substituted on against the Wellington Phoenix to contribute with an assist against his old club, and spoke about the excitement of his return.
“It has been a long wait to get back into the team, I have been fighting hard, training hard and I am just happy to get some game time, especially coming on 3-0 in front, it takes a bit of pressure off me,” Powell said. 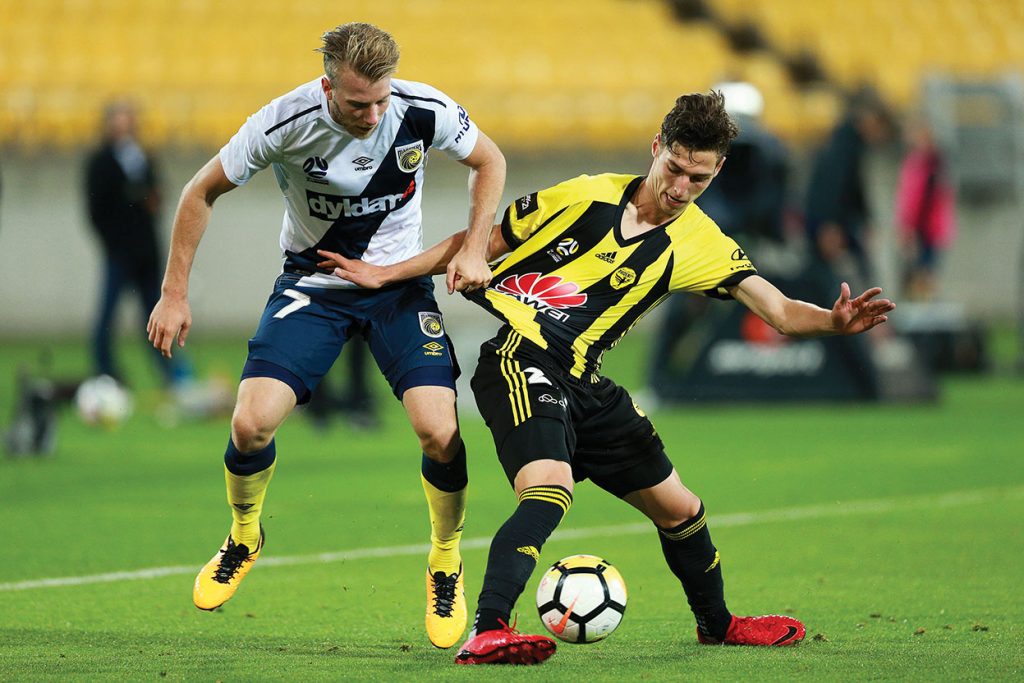 WELLINGTON, NEW ZEALAND – NOVEMBER 25: Matthew Ridenton of the Phoenix is tackled by Andrew Hoole of the Mariners during the round eight A-League match between the Wellington Phoenix and the Central Coast Mariners at Westpac Stadium on November 25, 2017 in Wellington, New Zealand. (Photo by Hagen Hopkins/Getty Images)

“I wasn’t nervous one bit, most people would be nervous, but I was just excited to get on the pitch.
“I was happy to have a hand in the last goal,” he said.
“To win 4-1, it’s a good feeling, the boys were so excited after it, but it is Tuesday now, we have put that behind us, and it is on to Sunday’s game against Perth.
“We know they’ve got a few players injured at the moment, but we are not going to take them lightly at all, they are a tough team, no matter who they have got in there, so we are looking forward to getting out there and taking some of that confidence that we still have from last week into it and hopefully getting another good result at home.
“One of the big things we didn’t have last year was consistency, and this year we really want to start building on our wins and get two in a row, three in a row and keep building on it,” Powell said.
A revised kick off time of 5:00pm has been announced for the Central Coast Mariners’ versus Perth Glory clash at Central Coast Stadium on Sunday, December 3.