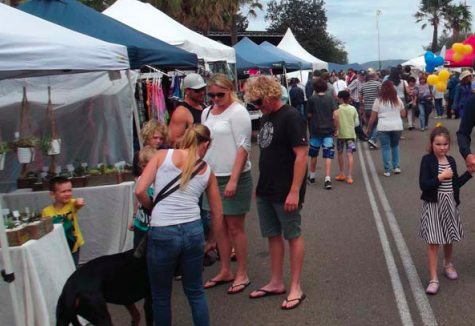 Peninsula Chamber of Commerce has rejected claims by Central Coast Council that Ettalong’s Oyster Festival will be absorbed into the council’s Lakes Festival.

Chamber president Mr Matthew Wales said that the Oyster Festival will continue in its own right. The 2017 Oyster Festival was shaping up to be another record breaking event for Ettalong and the Peninsula on Sunday, November 12, he said. “The Festival is an iconic event for the Peninsula and the Central Coast drawing weekend visitors and day trippers, some for the first time to our area for many years,” Mr Wales said. “The Oyster Festival is business as usual but we will certainly benefit from some of the cross promotion with the Lakes Festival and that has been a good decision. “Over the next couple of years, we will strengthen that partnership.” Mr Wales said: “It is an alignment not a takeover. “The Oyster Festival is probably the most important event within the Lakes Festival calendar because of how close it is to Sydney and how easy it is for people to get there,” he said. “Now in its 19th year and one of the Coast’s biggest events, stallholders and exhibitors at the Oyster Festival have been booking their space as early as January with many returns and new faces applying to be a part of this event,” he said. “With the construction of The Atlantis building well underway, we have lost the old car park used for our food and wine stalls,” he said.

“Ettalong Diggers has come to the rescue offering their car park for the festival. “So it is business as usual with an array of food and wine companies offering fi ne local food and of course the famous Sydney Rock oysters. “Memorial Ave will now become Eat St and the main stage will remain centre of the festival with great entertainment from G’day Hollywood Productions hosted by Wayne Cornell. “It is business as usual with the fantastic hard work of Impact Exhibitions and Events as our event managers. “We are really looking forward to this year’s event because with everything that is happening in Ettalong at the moment, we have gone back to our basics.”