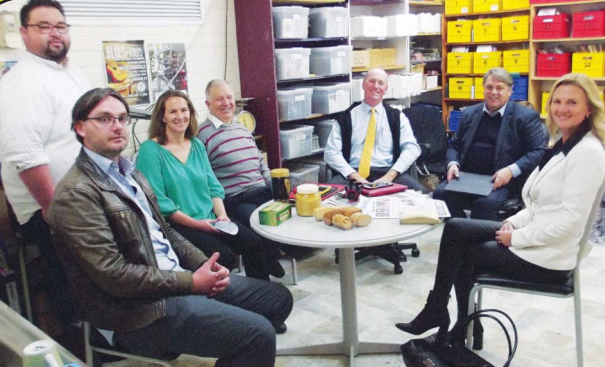 The results of the first election for the Central Coast Council were declared at around 3:00pm on Friday, September 15.

The 15 newly-elected Central Coast Councillors will formally take an oath or give an affirmation to undertake their civic duties in the best interests of the people of the Central Coast at a special ceremony on Thursday, September 21. The ceremony will be hosted by Council’s new CEO, Mr Brian Bell, and Administrator, Mr Ian Reynolds. The ceremony will start at 6:30pm in the Les Taylor Function Room in Council’s Wyong Office and will be open to the public.

On Monday, September 25, an Extraordinary General Meeting will be held, again in the Wyong Chamber, for the Councillors to elect their Mayor. In the Gosford East Ward, the Liberal Party’s Ms Rebecca Gale Collins, was the only candidate elected from first preferences. Labor’s Mr Jeff Sundstrom was the second candidate across the line on the 17th count.

The election results mean the new Central Coast Council has six Labor Councillors, five independents and four Liberal Party Councillors. Across the whole Central Coast, independent candidates gained 31.6 per cent of the vote, Labor 29.8 per cent and a swing of 6.7 per cent across the board towards Labor. The Liberal Party won 39,525 votes, but the overall swing away from the Liberal Party was 6.9 per cent. The Greens secured 7.7 per cent of the vote but were unable to get any of their candidates across the line in any of the fi ve wards. Mr Chris Holstein, former Gosford Councillor, Mayor and former NSW Member for Gosford, said in the days following the declaration of the election results that he had “started gathering my thoughts about things that need to be done as a councillor and there are a litany of those things.

“I have also thought about if, by chance, I was to get the mayor’s role, what would need to be done there as well,” Mr Holstein said. “More important to me than being elected Mayor, is that all of these people are going to have to be able to fi nd some common ground and move forward. “I have 20 odd years in local government, six terms as mayor, and if I think rightly, that might be substantial in the overall scheme of things,” he said. Labor’s Mr Richard Mehrtens lives in Gosford and works for the Labor Member for Gosford, Mr Liesl Tesch. “I think I can wear both hats,” Mr Mehrtens said. “I am in politics because I see it as a really good opportunity to do work for my community. “I work for the local member because I see that as another opportunity to work for my community,” he said. Mr Mehrtens works in Ms Tesch’s electorate offi ce located in Blackwall Road, Woy Woy. “We see local government issues coming through the electorate office every day,” he said.

“We are very accessible people and our workplace has been very public through this campaign, so when community members are looking for local government representation, they know where to fi nd us,” he said. “The dying days of both Gosford and Wyong Councils were something people don’t want to return to. “This is such a good opportunity, whatever people’s views on amalgamation are. “This is an opportunity to rebuild, with proper consultation, and make a real investment in proper transparency.” Liberal Councillor-elect in Gosford West, Mr Marquart, is the owner of Shoreline Flooring at Somersby. He grew up in Tascott and he now lives at Wamberal.

“I decided to run within local government in all honesty through a frustration that I didn’t think the former councils were concentrating on the local issues. “I was continually frustrated by councils talking about ridiculous notions like changing Australia day, instead of fi xing potholes. “I’ve been a member of the Liberal party for around about seven or eight years, but I’ve never been employed by any political party. “I have always been a business owner and I have always gravitated to the conservative side of politics. “Across the Central Coast there has been a signifi cant achievement by independents, but in Gosford West Ward, the voters have preferred Labor, Liberal and Chris Holstein.

“I personally believe those three individuals didn’t go in with just a one issue strategy. “We went in across the board, which is party politics. “I believe the people of Gosford West have said no we don’t want a one issue candidate. “We now need to work collaboratively and get the grants for the Central Coast from State and Federal Governments that it has been missing out on.

“I think the first challenge for the new Council is making sure we all forge relationships that will allow this council to move forward in a positive direction. “It will be nothing more than disastrous if we get stuck in infighting and in things that do not relate to local government,” he said. Ms Rebecca Gale Collins, Liberal Councillor-elect for Gosford East said: “ As a working mum, I ran for Council to ensure the next generation have opportunities right here on the Central Coast.

“The newly elect Councillors will set the direction of the Central Coast for the next 20 years. “I want to ensure we have adequate planning and economic management so that educational and job opportunities are here for my children and other young families on the Coast. Avoca Beach foreshore beautifi cation will be one of her priority projects along with an “investigation into economic mismanagement and illegal waste dumping of former Gosford City Council”. Labor’s Councillor-elect in Gosford East, Mr Jeff Sundstrom, said the election outcome was very exciting.

“It is lovely to have the backing of the community and I really enjoyed the process.” Mr Sundstrom is a fi re fi ghter who works for Fire and Rescue NSW. He is married with four sons, the youngest of whom is 19. Mr Sundstrom ran in the last NSW election as Labor’s candidate for the Seat of Terrigal. In response to whether or not he is interested in pursuing a career in state or federal politics, Mr Sundstrom said: “Both options are down the track considerably, there is a lot of water to go under the bridge between now and then. “I have always said that as far of positions are concerned, would it be good for the community, would it be good for the Labor party, and would it be good for me?” he said.

He said he was approaching the possibility of being elected to the position of Mayor. “It is a bit early to be able to guarantee anything in that department, negotiations are under way. “One of the main things I would like to impress upon people is that I am very keen for the community to be reengaged with council. “With the amalgamation process, and even before that, the council walked away from the community. “I am looking forward to re-establishing the community advisory boards and encourage people with a particular interest to get in touch with the council,” he said. Independent Councillor-elect for the Wyong Ward, Ms Louise Greenaway, said she believed her election to Council was to the credit of her team members and hard-working volunteers. “They are people with really good reputations in the community and their reputations attracted people from right across the Ward,” Mr Greenaway said.

“While I was door knocking, and while I was standing out the front of booths and train stations, the feedback was unbelievable,” she said. Ms Greenaway said she would be forward looking, but that the new Council also had some legacy issues to deal with. “We have been left, in my mind, with a very bad legacy, and I would like to look at some of the issues that have been a concern to the community for a very long time,” she said. “We need to know what money has been spent and what money has been allocated, so we know what money we have going forward to spend on community centres, sporting fields, roads, drainage, what money we can redirect to the services that have been neglected for so long,” she said. Labor’s new Councillorelect for Wyong Ward, Mr Kyle MacGregor, is a high school teacher who said he attempted to join the Labor Party when he was 14 but was told he was too young.

“I think we’ve got a reasonably good chance of having a good group of Labor and independents working together,” he said of his new colleagues. Mr MacGregor said he was in favour of restoring democratic processes to council and of having a thorough, forensic look at some of the issues left by the former Councils. “I think we need to have a completely different direction,” he said of the future for the new Council. “I have lived here my entire life and people are annoyed with the Council because they don’t do anything for them, they hear about millions of dollars being spent on vanity projects but they don’t have kerb and guttering, integrated public spaces, or childcare facilities.”

As for whether Mr MacGregor was interested in becoming Mayor, he said: “I wouldn’t rule anything in or out at this point. “I will have to see how the fi nal numbers fall.” On Friday, September 15, as the final election results were coming through, Central Coast Newspapers invited those candidates who were over the line to attend our offices to participate in a new video news initiative. Interviews were conducted with Ms Greenaway, Mr MacGregor, Ms Pilon, Mr McLachlan, Mr Best and Mr Mehrtens and can be found at coastcommunitynews.com.au.

Don’t be too hard on councillors

Administrator implores the community to get the facts around asset sales