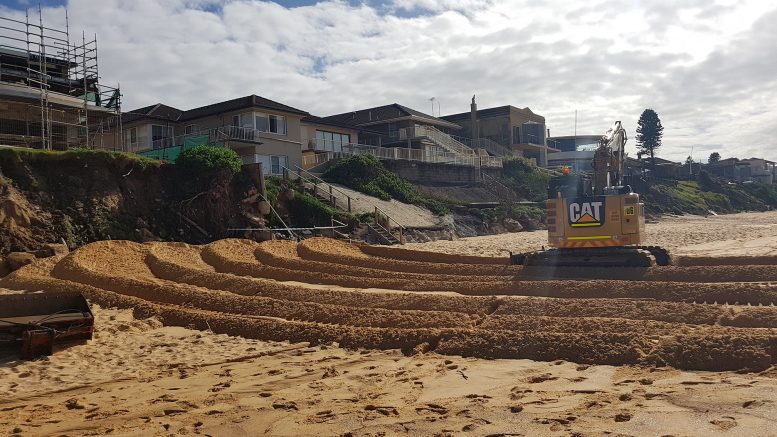 Sand scraping was used to cover the debris and building materials

Some steps were taken to remove asbestos-based materials and building rubble from Wamberal Beach on Monday, June 26, but STL candidate, Mr Pat Aiken, said the council had not done enough.
The materials lie between the beach and private properties to the north of The Ruins, along Ocean View Dve.
“They did collect some small amounts of material from the beach and they took away plastic bags they could carry under their arms,” Mr Aiken said.
“They then scraped the sand and pushed it up over the protruding debris.
“I don’t know why they didn’t do more: they had the equipment to get in and dig out and remove the materials; they had people qualified in asbestos removal and a 14-tonne truck.
“Why didn’t they do more?’ he said.
Central Coast Council granted access to formerly-redacted parts of a Wamberal Beach Storm Erosion Mediation Report and the freshly-released information indicated that council received advice a year ago that exposed materials were “an ongoing risk to beach users”.
Mr Aiken was initially granted access to a heavily-redacted version of the consultant’s report.
He took the matter to the Information and Privacy Commissioner who recommended that Central Coast residents should have been given full access to the report.
Based on that recommendation, Central Coast Council agreed to provide Mr Aiken access to a less-redacted version of the report, which he inspected on Thursday, June 22. 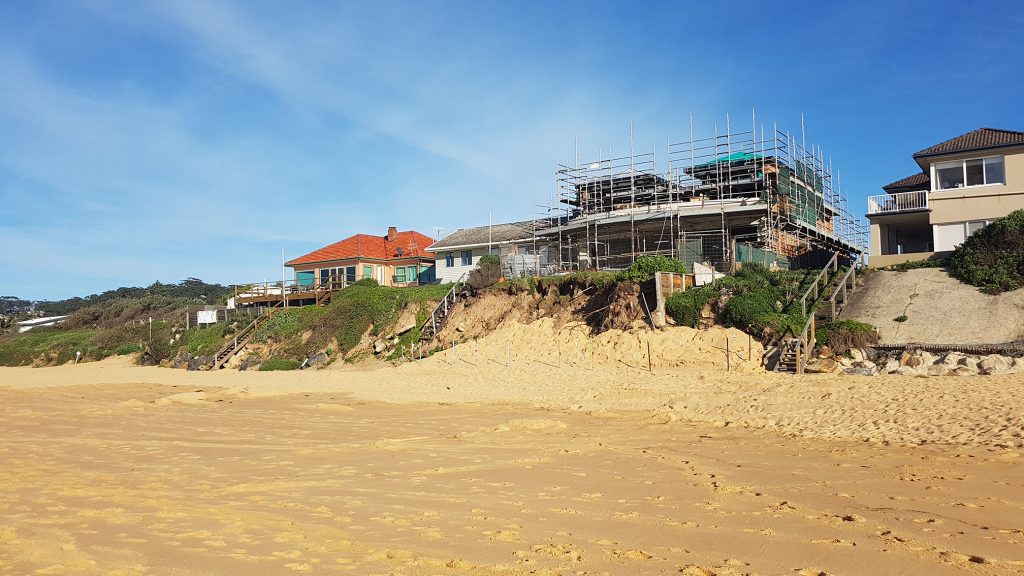 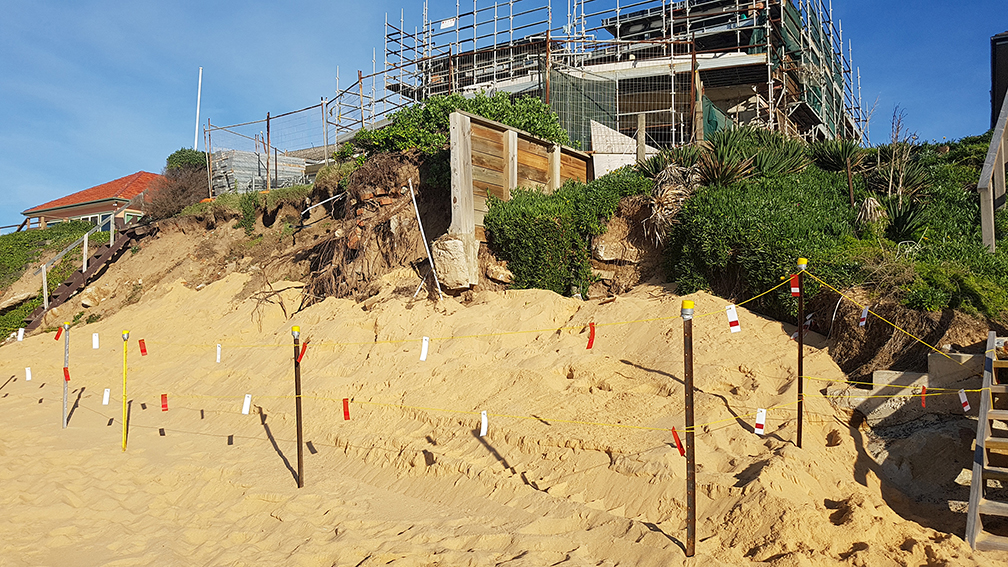 Fencing around the freshly-covered hazard 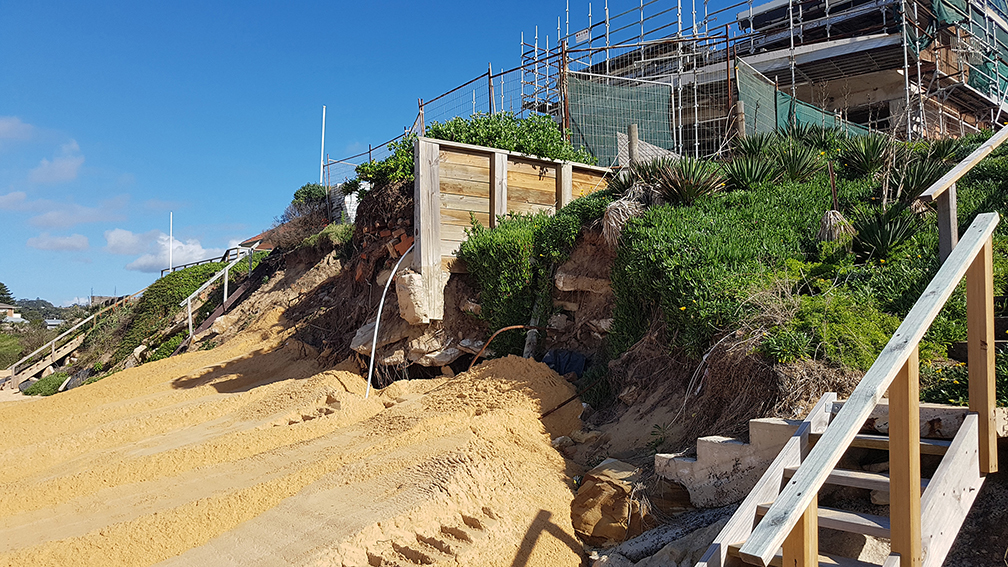 Sand was scraped to the beach berm to cover the materials

The freshly-released parts of the report included a description of the debris on the beach as: “Lose rocks, timber, some with protruding nails and bolts, broken glass and fittings, steel stakes and frameworks, exposed concrete, broken reinforced concrete with reinforcing protruding, broken concrete stairways.
“This includes small amounts of potentially asbestos-based materials (broken fibro) that probably resulted from the loss of dwellings and outbuildings in the 70s.
“The material observed is in very small quantities and is likely to be easily removed by hand… there is the possibility that large pieces may exist within the unstable slopes or within the beach berm material.
“Material exposed in the unstable erosion slopes is more difficult to remove given the risk of reactivating slumping of the escarpments.
“Much of this material is an ongoing risk to beach users and most likely will need to be addressed by the property owners under direction from council.
“For the higher and more unstable slopes, a more robust barrier (for example orange plastic mesh and signage) is warranted.
“The slope instability is a real risk to life and is a particularly attractive (and dangerous) to children,” the report said.
On Monday, June 26, Central Coast Council took steps to remove some of the offending materials from Wamberal Beach.
Mr Aiken said he returned to the site when council had completed its work.
“I dug down one foot and pulled out a piece of corrugated building material that looked like asbestos.
“I took photos that show the high tide mark from the previous night when the sea was calm and it would not take much of a swell to uncover the materials again,” he said.
Central Coast Council has been asked how much asbestos was removed from the beach.
The consultant’s recommendation to fence the area more securely has not been complied with.