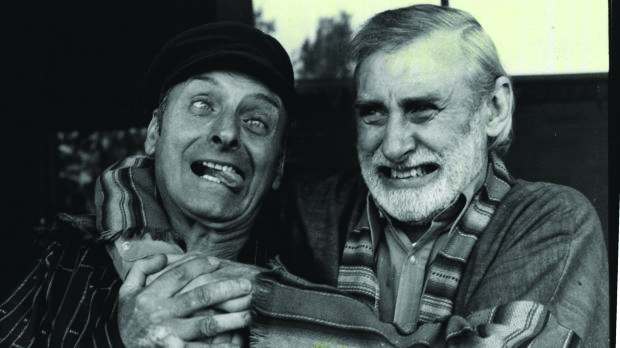 Mr Desmond Patrick Milligan, the younger brother of Spike Milligan, died at age 91, on May 17.
Mr Milligan and his family first came to in Woy Woy in the 1950s when his parents decided to settle in the coastal town.
Both Milligan brothers spent time in the family’s home at Orange Grove.
After the passing of his older brother in 2002, Des continued to spend time at the Orange Grove house and played a fundamental role in the establishment of Spike Fest with the former Gosford Council.
Mr Milligan had enjoyed a distinguished career as a newspaper artist, illustrator and cartoonist with John Fairfax and Sons.
The younger Milligan’s wife, Nadia, died in 2007 and he was diagnosed with dementia in 2015.
He is survived by his son Michael, grandchildren Valeria and Gianfranco and great-grandchild Esperanza.
Meanwhile, Woy Woy Library has received more than $188,000 under the Public Library Infrastructure Grants program to create an exhibition space within the library to display a unique collection of original Spike Milligan family memorabilia.
The proposed museum-quality Spike Milligan Exhibition Space is set to attract visitors from around the globe, due to the culturally significant collection of photographs, recordings, video and diaries.
To allow for the exhibition to be properly housed and displayed, upgrades to the library include: mobile shelving, new floor planning, preparation of Milligan Collection resources, installation of museum showcases, audio-visual equipment and furniture for exhibition and lounge area, as well as revitalisation of the existing Spike Milligan room.
The Spike Milligan Exhibition Space is scheduled to open in 2018, which also marks the centenary of Spike’s birth, and provides the ideal opportunity to celebrate the existence of this significant collection.