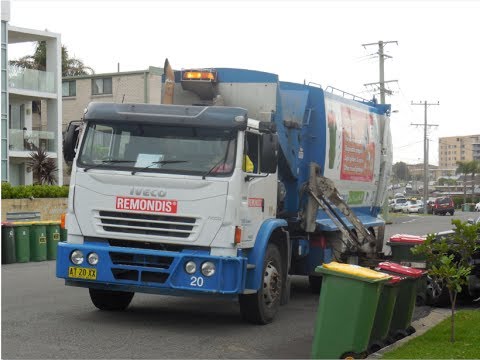 Central Coast council has distanced itself from ongoing industrial action between domestic waste truck drivers and their employer, Remondis.
“Domestic waste services on the Central Coast are provided by Remondis under contracts with the Central Coast Council,” said Council’s Administrator, Mr Ian Reynolds.
“The dispute lodged by the Transport Workers’ Union (TWU) in the Fair Work Commission is between Remondis and the TWU acting on behalf of some of the drivers,” Mr Reynolds said.
“It does not involve Council,” he said.
“The wages and conditions of Remondis’ drivers are the responsibility of the current waste contractor, Remondis
“It is unfortunate Central Coast residents and ratepayers may be inconvenienced by strike action planned by the TWU for Friday, March 3,” he said.
Mr Reynolds said he had made it clear to the TWU that Council’s role was to ensure the community had reliable and best value waste services.
“Council has a broader responsibility here to provide the very best value possible to our 331,000 residents in garbage and recycling services, both under the current arrangements with Remondis and beyond,” Mr Reynolds said.
“That doesn’t mean Remondis’ workers will be left out when the current contracts come to an end.
“In fact given the knowledge, skill levels and experience of these drivers, they would seem to have good prospects of being employed by any contractor”.
Residents who normally put their bins out on Friday mornings are advised to leave their bins and kerbside collections out as normal and they will be collected.