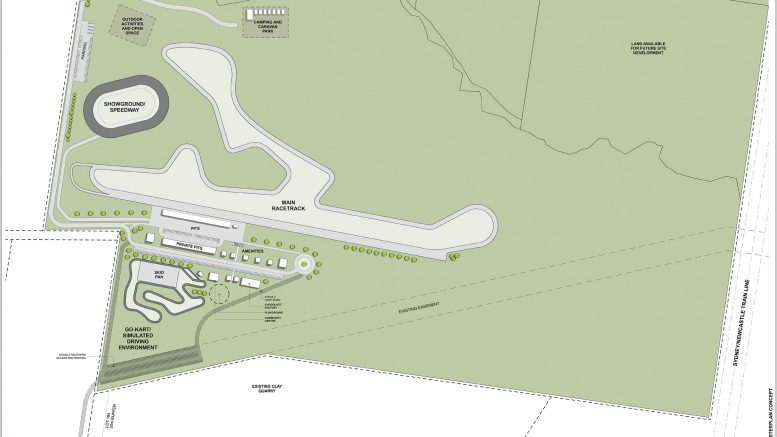 The proposed CASAR Park community-dedicated motor sport and recreation facility continues to make progress in gaining all the development approvals and sign-offs on the way to building the facility.
“While the speed of the process may not be at a pace that motor sport enthusiasts would like, the wheels do continue to turn behind the scenes at CASAR Park,” said CASAR CEO, Mr Brad Wilson.
He said development application studies were continuing and the group had presented at the Investing for Good conference hosted by the NSW Council of Social Service.
“As long-time supporters know, the evolution of the project has also coincided with the NSW Department of Planning and Environment’s drafting of the Central Coast Regional Plan,” Mr Wilson said.
“While initially creating some mixed messages regarding ecology matters in the Bushell’s Ridge area, the release of the final report in October, 2016, has locked in the CASAR precinct as an employment zone,” he said.
“With that uncertainty resolved, CASAR has commenced a new round of ecological studies which kicked off in November, 2016, and they will continue through to October, 2017.
“We’re excited about finally getting a new national-standard motor sport facility in NSW, but we’re also a community organisation and we want to make sure that we’re setting the best example for how to create jobs whilst respecting, preserving and even improving the natural environment around us.
“Knowing that we’ll be able to work through our ecological matters, we continue to develop our community partnerships, most recently with the Ability Links program.
“Working with local Central Coast staff, we’ll be delivering best practice in venue design and operating policies to ensure an inclusive and accessible precinct for all forms of disability,” Wilson added.
On the fundraising front, CASAR’s potential for significant social impact saw Mr Wilson invited to present at the recent NCOSS Investing for Good conference in Sydney.
“With social impact investment holding incredible potential for the facility, it was encouraging to be the only social enterprise invited to pitch at the event.
“With the long term 12 month ecological study due to be completed in just over six months, it will mean that the DA for the facility should be completed soon after this, with the expectation that construction could begin sometime in early 2018.”
He said a computer generated track simulation can be accessed on YouTube.