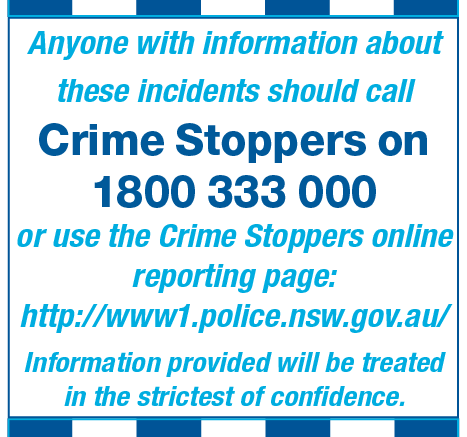 A number of outlaw motorcycle gang (OMCG) members and associates have been charged after replica firearms, illicit drugs and cash were seized during an operation across the Central Coast.
At a home on the Pacific Hwy, Doyalson, police seized more than 30 vials of steroids, an amount of methamphetamine, drug paraphernalia, and a motorbike which was believed to be stolen.
A 40-year-old member of Rebels OMCG was arrested at the scene and taken to Wyong Police Station, where he was charged with four counts of possess prohibited drug, and goods in custody.
He was granted bail and is due to appear at Wyong Local Court on Wednesday, March 22.
At Oakridge Pl, Woongarrah, officers located 10 cannabis plants, cannabis leaf, MDMA and a hydroponic set up.
A 47-year-old member of Finks OMCG was arrested and taken to Newcastle Police Station, where he was charged with cultivate cannabis, possess prohibited drug, and use electricity without authority.
He was granted bail and is due to appear at Newcastle Local Court on Thursday, March 23.
In September 2016, detectives from Brisbane Water Local Area Command commenced an investigation into drug supply and firearms offences in the local area.
Following extensive inquiries, detectives executed four search warrants at homes in Umina Beach, Empire Bay and Tumbi Umbi, on Wednesday March 1.
During the warrants, police seized two replica firearms, ammunition, more than $40,000 cash, methylamphetamine, cannabis, illicit substances, including steroids, human growth hormones, testosterone; drug paraphernalia, mobile phones, computers, and electronic storage devices.
Following the search warrants, and as part of ongoing strategies to target and disrupt criminal activities of OMCG, the Gangs Squad’s Strike Force Raptor conducted a high-visibility operation on March 1 and 2.
With the assistance of officers from Brisbane Water and Tuggerah Lakes Local Area Commands, Strike Force Raptor conducted 21 Firearm Prohibition Order (FPO) searches across the Central Coast.
In addition to making a number of arrests, police seized cannabis, steroids, a knife, a cross bow, pills, powder, liquid, and a crystal substance, which will undergo forensic analysis.
Inquiries are continuing and further charges are expected.
Strike Force Raptor was established by State Crime Command’s Gangs Squad in 2009.
It is a proactive and high-impact operation targeting outlaw motorcycle gangs and any associated criminal enterprises.