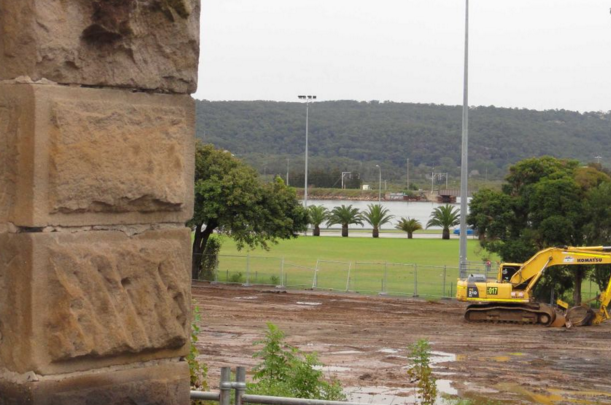 The Turnbull Government has admitted a paper trail exists between the federal and NSW governments over the decision to put the Australian Taxation Office (ATO) building on the old Gosford Public School after earlier denials.

According to NSW Senator, Ms Deborah O’Neill, the Government backed down on its declaration made to the Senate last week that there was no correspondence between the federal and state governments over the school site.

Assistant cabinet secretary, senator Scott Ryan made a statement to the Senate on Tuesday, December 1 to “correct the record”.

“I have subsequently been advised that there are in fact documents recording contacts between the Australian Government and the NSW Government concerning the old Gosford Public School site,” Sen Ryan said. According to Sen O’Neill, Sen Ryan’s correction came as Prime Minister Malcolm Turnbull again refused to meet with her over community concerns about the decision to build the ATO complex on the Gosford waterfront. A letter from Mr Turnbull’s offi ce received on November 26 by the senator, advised her that assistant treasurer, Ms Kelly O’Dwyer’s chiefof-staff has “offered to meet with you to do discuss this matter but that offer has yet to be accepted”.

“This decision affects the people of the Central Coast and it is not good enough for the Prime Minister to palm off the community to a ministerial staffer,” Sen O’Neill said.

“It’s an insult to the people of the Coast to be treated this way. “This matter is worthy of the Prime Minister’s full attention. “There are a lot of people who feel their voice has been ignored.

“The community is justly angered by the site chosen and the lack of consultation with residents.” Senator O’Neill said it was the third request she had made to meet the Prime Minister over the ATO project.

A Notice of Motion calling for the Turnbull Government to halt the ATO process and consult with committee was due to be debated in the Senate on Tuesday, December 1. Senator Ryan informed the Senate that Minister O’Dwyer will write to the President of the Senate regarding “the timing of the release of the documents”.

“I am hopeful that these documents will shine some light on this very murky deal,” Sen O’Neill said.

“The public wants and deserves a transparent process and an ATO offi ce on a site in the streets of Gosford not on the old Gosford School site.

“These papers must be able to set out how prime Crown Land – that’s to mean public land – can end up in the hands of the Federal Government, who selected a Canberra developer to build a tax office on the Gosford waterfront.

“It is of real concern that the company, DOMA, get the land and will then receive $70 million in rent for 10 years. “Gosford deserves better. “That is why I need to speak to Mr Turnbull to halt the process to build the ATO block and not a staffer, who has no power to fix it and fix it now.”

The Australian Senate earlier agreed to Senator Deborah O’Neill’s motion requiring the Australian Government to provide all documents about the decision to locate the Australian Tax Office building on prime waterfront land at Gosford.

“The iconic Gosford Public School site presents a wonderful opportunity to revitalise the city of Gosford and maximise the public space for the community,” said Sen O’Neill.

“The Senate’s decision to require the government to provide its documents should allow the community to discover who wanted to lock up this land away from the Gosford community, and whether anyone made representations to change it.

“Our community was promised a recreational and arts precinct that would serve the region, revitalise the city centre and create jobs.

“Instead, the AbbottTurnbull government is going to waste the opportunity, handing our waterfront to a select group of public servants in a secure building, open only to people with a swipe card,” she said.

The success of the motion leaves the way open for the Senate to vote to halt the process and for stakeholders to work towards fi nding the right site for the ATO building.

“I wrote to Malcolm Turnbull asking him to listen to the community and locate the Tax Office building in a much more suitable location in the Gosford CBD, benefi ting local retailers and the city centre.

“The Prime Minister has shown absolutely no interest in meeting or discussing the concerns of the Central Coast community,” Ms O’Neill said.

Speaking on behalf of the government in the Senate today, Assistant Cabinet Secretary Senator Mr Scott Ryan, washed his hands of the entire issue by arguing that the construction of the ATO building was nothing to do with the government before claiming that “The Australian government has no documents concerning contacts with the NSW Government about the purchase or lease of the site.”

“That is an extraordinary admission considering that Joe Hockey and Scott Morrison were only too happy to come to the Coast and take credit for announcing the location of the building,” Sen O’Neill said.

“I shall continue to fight to have work halted and to demand answers from the government about how this dreadful decision was allowed to happen.

“This building, and the jobs it brings, must be positioned in a location that benefits Gosford and doesn’t close off our waterfront options for future generations,” Sen O’Neill concluded.

Tax office up for sale before its finished

Senator calls on Prime Minister to intervene over waterfront