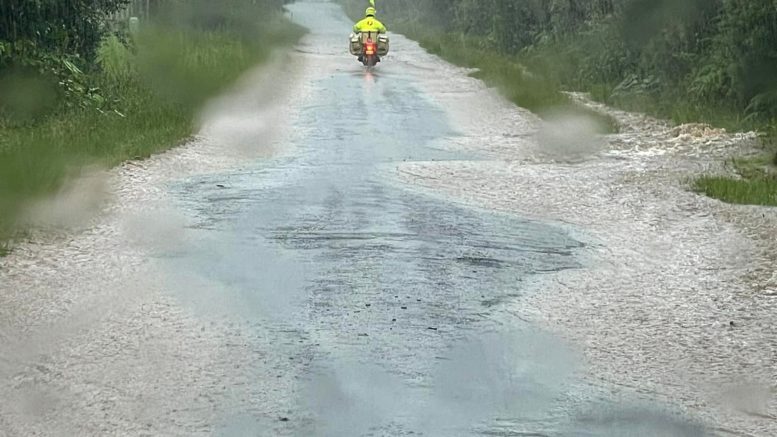 The Central Coast is on high flood alert with continuing heavy rain throughout the region increasing the risk of flash flooding.

The Upper and Lower Mooney Mooney dams had started to spill on Tuesday morning, July 5, with the SES advising residents downstream of the dams to prepare to evacuate.

Karool Rd access is at risk of flooding and residents should be prepared to evacuate as the dams may reach red level alert.

Evacuation routes out may be cut off should flooding occur.

Residents should monitor the situation and be prepared to evacuate when instructed to do so.

A Flood Evacuation Order will be issued by the NSW SES if evacuation is required.

In the meantime, residents should lift personal possessions and important items to high ground, make preparations to take pets, essential items, warm clothes, medicines, insurance documents and valuables with them and share information with family, friends and neighbours.

As the heavy rain continued on Tuesday, the SES encouraged all residents and visitors to the Central Coast to prepare for more rain and possible dangerous flash flooding that may develop throughout the day.

The heavy rain experienced on the Central Coast over the past few days had resulted in over 400 requests for assistance to the NSW SES Gosford and Wyong Units by Monday night.

SES units have made safe properties damaged by the severe weather and conducted a number flood rescues on the Central Coast area, where motorists have driven into flood water.

Residents of the Lower Hawkesbury were given an evacuation order on Monday morning, with those living around Tuggerah Lake on high alert.

Heavy rainfall since Saturday has caused significant river level rises along the Wyong River and its tributaries which feed into Tuggerah Lake.

Minor flooding is occurring at Long Jetty with lake levels expected to exceed the moderate flood level (1.3m) by 10am on Tuesday.

It could possibly rise to the major flood level (1.6m) by Tuesday evening with major flooding possible.

“We are asking residents not to drive, walk or ride through any flood waters and to closely monitor the situation over (the day),” he said.

“People living or working along rivers and streams must monitor the latest weather forecasts and warnings and be ready to move to higher ground should flooding develop.”