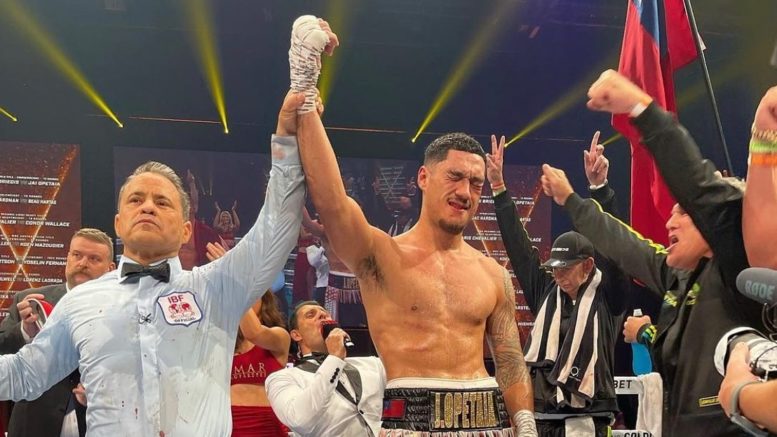 In a brutal 12-round joust between defending champion, Mairis Briedis, and mandatory challenger from Watanobbi, Jai Opetaia, the latter prevailed to claim the belt and become Australia’s only current male boxing world champion.

At the Gold Coast Convention and Exhibition Centre on Saturday night, July 2, blood, sweat and tears flowed in the crowning of the Opetaia, now donning an unbeaten professional record of 22 wins as well as the IBF Cruiserweight belt.

The title was earned only through shear suffering for both fighters, with Mairis fighting on despite a bleeding, broken nose and Opetaia finishing the final round equally bloody and with a jaw fractured in two places.

From the very first round, significant shots and combos were landed by both fighters. Opetaia suffered the first of two jaw fractures in the second round yet returned with a lightning-fast uppercut in the fourth, leaving behind a bone-chilling red reminder smeared on his right glove.

Briedis fought on through the pain and worked hard to level the fight from Round Seven, landing many significant strikes across Opetaia’s face and body.

Late in the fight, a shot to the jaw left Opetaia’s mouth gaping, the second of two fractures, threatening to end his world title challenge at the death.

Yet Opetaia fought on through a defensive final round, soaking up Briedis’ vicious endgame attacks aimed at toppling his rival combatant.

On the final bell, both fighters were clasped together in the middle of the ring, bleeding profusely, with the victory hinging on the judges’ decision.

The unanimous decision from three judges went the way of Opetaia: 116-112, 115-113 and 116-112, leaving the Australian-born Samoan in tears beneath the embrace of his training team.

Literally unable to speak, a joyous bellow was the extent of Opetaia’s victory speech, and yet the meaning was clearly understood: a long-term dream fulfilled, a world champion status secured, and an immediate need for jaw surgery before taking on what comes next.