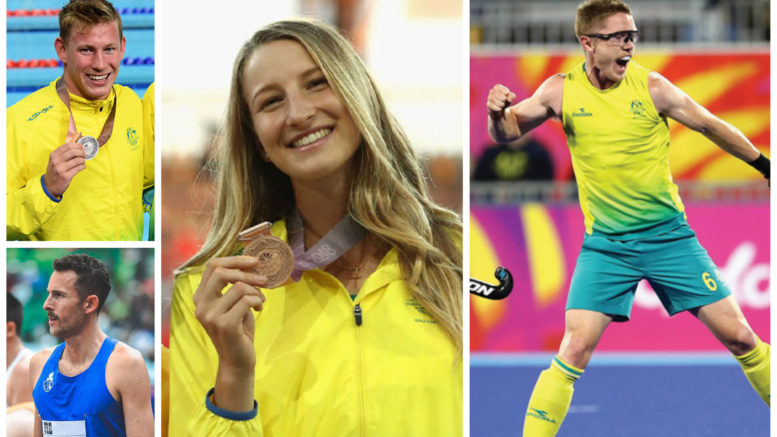 Gosford’s, Nicola Olyslagers, has excelled in her athletic career since winning bronze in her Commonwealth Games debut on the Gold Coast in 2018.

She became the first Australian woman to clear 2.00m at the national championships in April 2021 and then claimed Olympic silver in Tokyo with a leap of 2.02m.

A part of the Australian athletics team is another Gosford local, Charlie Hunter, who will compete in the 800m.

Kanwal’s, Bradley Woodward, also joins the team and has an impressive athletic history after claiming three medals at the 2018 Commonwealth Games, gold in the Men’s 4×100 Medley Relay and silver in the men’s 100m and 200m backstroke.

Killarney Vale local and gold medalist, Matthew Dawson, will also represent Australia and has been tasked with continuing the Kookaburra’s dominance in men’s hockey.

The Kookaburras are ranked number one in the world and have won every Commonwealth Games men’s hockey gold medal since hockey was introduced to the competition in 1998.

Parliamentary Secretary for the Central Coast, Adam Crouch, extended his congratulations to the four athletes on behalf of the entire local community.

“Congratulations to Nicola, Matthew, Bradley and Charlie on their impressive selection as well as to all NSWIS athletes travelling to the Birmingham 2022 Commonwealth Games,” Crouch said.

“Australia has a rich and decorative history at the Commonwealth Games, and I am confident our Central Coast athletes are determined to add their names to the record books.

“As our NSWIS athletes always do, I am sure they will do us proud and represent NSW brilliantly on the world’s stage.”

Central Coast spectators can watch the Australian team competing in the 2022 Commonwealth Games on channel seven which begins on Thursday, July 28.