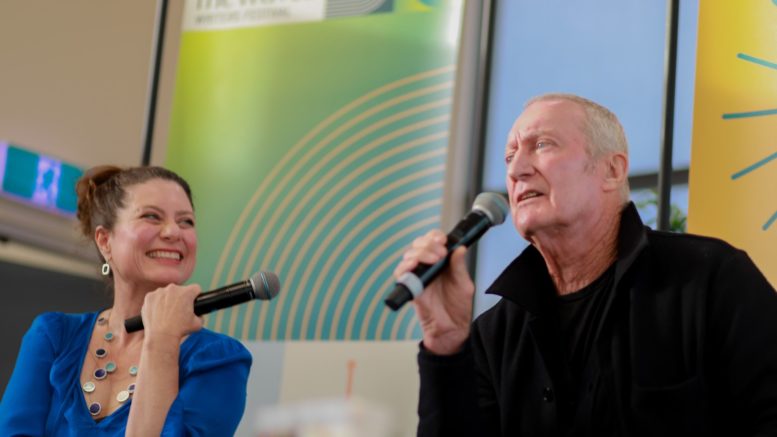 The Words on the Waves writers’ festival has been deemed a huge success by organisers and participants alike.

The literary festival is only in its second year and, judging by the 1,500 tickets sold to the various events, has found a foothold in the increasingly crowded local events scene.

Talks, book readings, debates, and workshops were held on all manner of topics from crime writing to politics, poetry, and movie scripts.

Umina and Ocean Beach Surf Life Saving clubs were the main venues, something that reflected the festival’s wave theme perfectly.

Primary and secondary school programs were also held prior to the festival weekend with a series of local schools taking part in readings and creative workshops – all up over 1000 pupils and students took part in those events, something the organising committee is very proud of.

“It’s [been] absolutely amazing – this is the second year and we’ve doubled our numbers from last year,” Committee chair Jacqui Barton said.

“Both venues were sold out.”

“We had a wonderful series of events including poetry readings at Bar Toto in Ettalong, a literature [river]cruise on the Monday, and the launch event at Naughty Noodle Fun Haus.

Committee member Marie Davies said they have been overwhelmed by the support the festival has had from the community and local businesses.

“If you missed any of the author’s talks, we will be publishing full audio recordings of the adult program, available to the public via our website and our youtube channel.

A workshop for aspiring writers was also held on Saturday and Sunday morning at The Work Collective at Umina, guided by authors Darcy Coates & Kate Forsyth.

Web: Words on the Waves

Be the first to comment on "Writers’ festival a huge success"