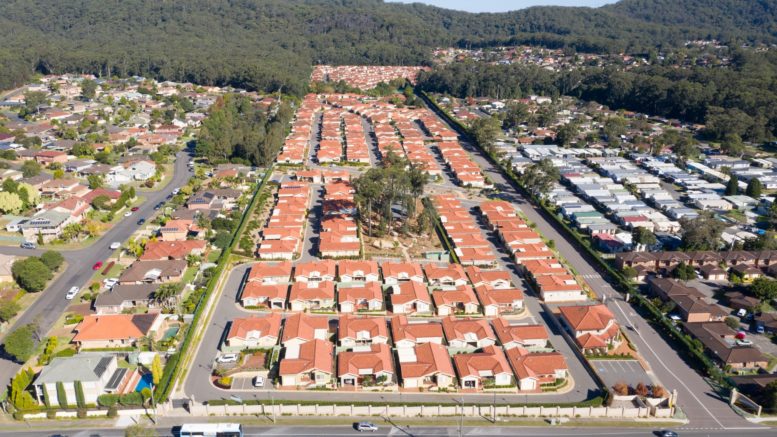 Planning future development will now be easier and more uniform

The consolidated Central Coast Local Environmental Plan (CCLEP) and Central Coast Development Control Plan (CCDCP) will be implemented and effective from August 1, providing a consistent planning framework for the region and a pathway toward a smoother process for development applications and assessment.

The CCLEP is the primary legal planning document for guiding land use and planning decisions made by Council.

It is supported by the CCDCP, which details planning and design guidelines.

Council Director of Environment and Planning, Alice Howe, said the harmonisation of the former Gosford and Wyong Shire Council planning controls has been four years in the making.

“Since the amalgamation in 2016, Council staff have undertaken extensive community and stakeholder consultation and worked diligently to review and combine the most appropriate, and generally the most flexible provisions, from the former four planning instrument and controls,” Howe said.

“The consolidated Central Coast LEP and DCP have created uniformed planning controls which will now streamline the development application and approval process for the Central Coast community, investors and Council staff.”

“Through zoning and development controls, the LEP allows Council to manage the way in which land is used to strategically plan for the region and shape and support our local communities.” he said.

“Extensive consultation over four years resulted in 750 public submissions from agencies, residents and councillors, which provided valuable input and enabled the creation of a contemporary and consolidated Central Coast LEP that reflects community priorities.

“It’s enormously beneficial to have consistency in planning controls across the region.

“This leads to greater efficiencies in preparing and assessing development applications, which encourages investment and provides a boost to local jobs and increases quality housing and infrastructure for our growing population.”

Parliamentary Secretary for the Central Coast, Adam Crouch, said the community and development industry would benefit from the simplified planning rules.

“The Central Coast has been operating under five different planning documents since Gosford and Wyong were amalgamated in 2016, each with separate controls,” Crouch said.

“We are one community and now we have one main blueprint that sets out the rules for our region.

“This new LEP creates consistency, cohesion and clarity for the community, investors, and Council staff when preparing and assessing development applications.”

Minister for Planning and Minister for Housing, Anthony Roberts, said a new web mapping tool had been launched to display all planning controls in one place.

“Rather than having to sift through hundreds of pages of different maps and pdfs, all of the councils’ planning rules are contained in one clean updated online map,” Roberts said.

“This digital leap forward means anyone from local residents to builders and beyond will be able to quickly and simply look up and find what they can do in a certain area, such as how high a structure can be.”

In the future, the CCLEP will be updated as required, in response to emerging strategic priorities for the Coast.

It applies to approximately 95 per cent of the LGA, with the remaining land either the Gosford City Centre or “deferred land” under the CCLEP, which is subject to further assessment of its environmental values.

The next stage of updating the CCLEP will be the environmental lands review, which will seek to apply contemporary land use zones to these deferred lands.

These proposed changes are expected to be publicly exhibited before the end of 2022.

Development applications will be assessed on the DCP and LEP current at the time of lodgement with Council.

The consolidated CCDCP and CCLEP will be used for development applications lodged from August 1, 2022.

Both plans are now available to view online through Council’s website, centralcoast.nsw.gov.au.