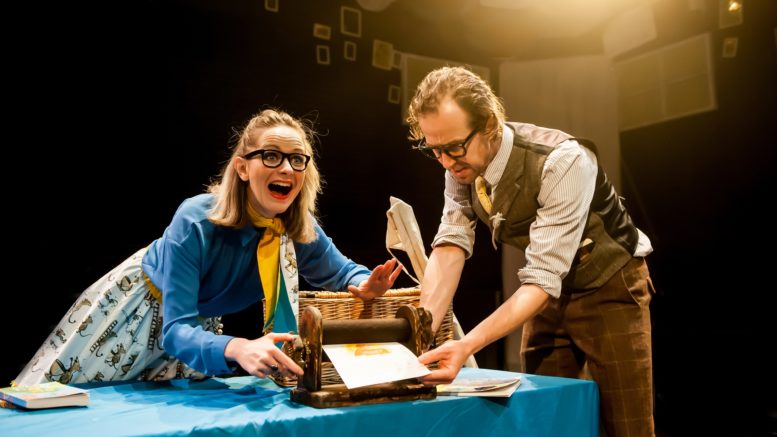 Roald Dahl and the Imagination Seekers is coming to Peninsula Theatre

The interactive show Roald Dahl and the Imagination Seekers will be performed at Peninsula Theatre, Woy Woy, on June 24 and 25.

All around the world Roald Dahl’s words are disappearing not only from books but children’s minds too.

Only a secret organisation known as The Ancient Guild of Taletenders can save the stories and they need your help.

And so the stage is set for an immersive and interactive performance especially for those aged six and up, involving games and imaginative play, while exploring Dahl’s extraordinary stories, including The BFG and The Twits, along with way.

Join Terry Tibblestick from the ancient guild of Taletenders and his assistant Brenda Bogg as you learn all about what taletending involves and how to look after stories.

Taletenders have existed since the beginning of time and their one job is to remember and recall all the words of their storyteller – but maybe Terry hasn’t been as diligent as he could have been?

Follow Brenda’s journey as she reveals her discovery of the missing words, sparking danger that they are being eaten by the dreaded Wurblegobblers.

Help her as she tries to convince Terry of the real and present danger the stories are in as she tries to restore the words to the books using imagination, play and a heart full of tenderness.

For booking details go to https://www.centralcoast.nsw.gov.au/theatres/whats-on/roald-dahl-and-imagination-seekers-peninsula-theatre-woy-woy.