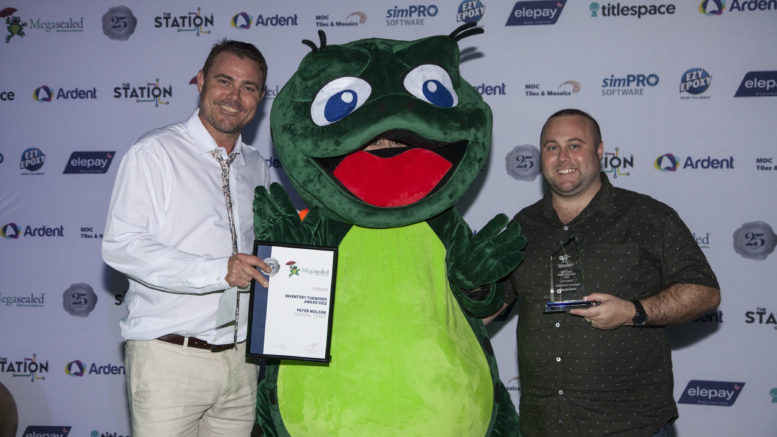 Peter Nielson and Geoffrey Farrell with the awards

Held at Sea World on the Gold Coast on May 6-7, the awards reconnected Megasealed franchisees from all over the country after two years of COVID interruptions.

Central Coast franchisee Peter Neilson was recognised for his outstanding contribution to the company, with his team picking up awards for Accounts Receivable Turnover and Inventory Turnover.

Neilson said he was humbled to receive the recognition.

“I am a strong believer that whatever paths you take in life, you are only ever as good as the people around you,” he said.

“The continued success and growth of the business would not be possible without my amazing franchise manager Geoffery Farrell and my team of dedicated technicians and administration staff, who turn up and deliver unbelievable results for our clients and business.”

The Gala Awards Dinner recognised the achievements of top-performing franchisees from around the country, with 16 winners acknowledged across multiple categories.