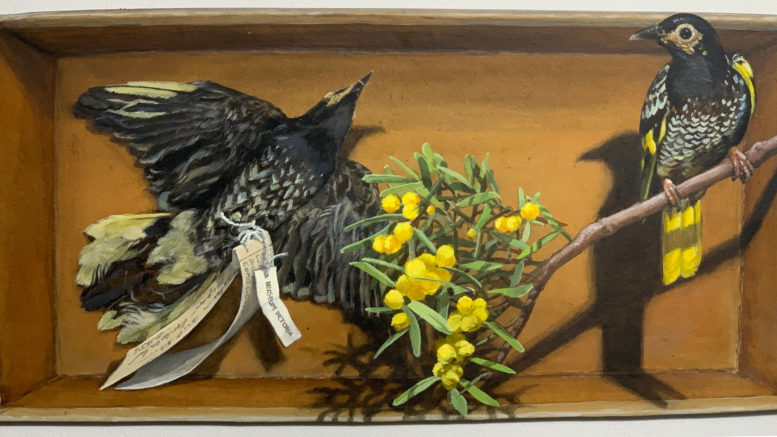 Internationally recognised artist Jenny McCracken will produce a mural on the floor of Gosford Regional Gallery over four days from May 19-22.

Known for her three-dimensional, illusion murals, McCracken currently has an exhibition of 17 works at the gallery, focusing on threatened bird species.

The mural she will paint captures the moment of release of a regent honey eater.

The Central Coast is one of the few habitats of the regent honey eater, but there are thought to be as few as 300 of the birds in the wild.

Taronga Zoo operates a release program for the birds, which is the focus of the mural.

McCracken will paint the 4m mural in front of the public over the four days, and it will remain in place at the gallery until the end of June.