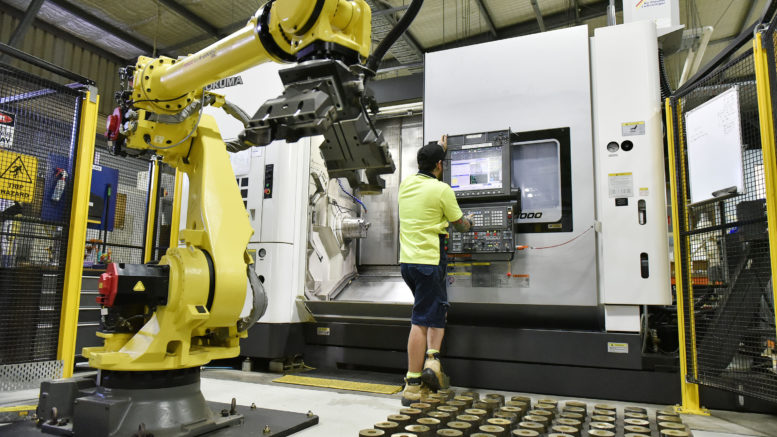 Inside the Chamberlain Group facility at West Gosford

The Chamberlain Group, the world’s largest manufacturer of automatic garage door openers, will be just one of the exhibitors at the inaugural Central Coast Industry Festival Expo, to be held on September 1-3.

The festival is an initiative of Central Coast Industry Connect, a not-for-profit industry organisation for the advanced manufacturing and food/drink production sectors in the region.

Chamberlain Group, based at West Gosford, is operated by a team of 40 and is the Australian success story behind recognisable brands like Merlin®, LiftMaster® and Grifco®.

Sydney’s Anzac Bridge, Perth’s Optus Stadium and Melbourne’s Tullamarine Airport are high profile examples of structures or facilities in which Grifco motors are installed, products designed and manufactured by Chamberlain on the Central Coast.

In October 2021, Chamberlain won the Excellence in Export and Global Supply Chain Award at the Hunter Manufacturing Awards.

In the same year, it also received an international design award for one of its products.

In 2019, Chamberlain was named Manufacturer of the Year at the Hunter Manufacturing Awards.

Head of Operations – Oceania, Graeme Sheekey, said collaboration and embarking on a lean manufacturing journey have been critical to the company’s success.

“In 2017, we set ourselves a goal to be globally competitive and produce world-class products,” he said.

“That’s when we commenced our continuous improvement lean journey, which established the foundation for the work we do at the Gosford factory.

“As part of that journey, we joined Central Coast Industry Connect, and they helped connect us with other local manufacturers.

“We learnt so much from visiting their facilities and then customising what they do for our operations.”

Since winning the Manufacturer of the Year award, Chamberlain has had an open-door policy, inviting other manufacturers to learn from it as they embark on their own lean journeys.

The Central Coast Industry Festival is jointly funded by the Commonwealth and NSW Governments under their disaster recovery funding arrangements.

Its purpose is to support Central Coast businesses involved in manufacturing and food/drink production to rebound from the challenges stemming from the impact of bushfires, floods and COVID-19 and build resilience against future disruption.

Held over two weeks from August 22, the festival will deliver a program of free events for attendees and will culminate in a three-day Industry Expo which will bring leading manufacturers and related businesses together to strengthen local networks, identify business development opportunities and promote manufacturing career pathways to local student and parents.

“While some businesses took a massive hit, others, like ours, grew and improved,” he said.

“I think festival visitors will be surprised to discover how advanced manufacturing is on the Central Coast and how good everyone is at doing what they do.”

He said Chamberlain began focusing on developing skills in-house through apprenticeships in 2018 and will showcase the skills of their existing apprentices on day two of the expo, which will bring industry, schools and universities together to highlight the variety of careers on offer within the advanced manufacturing, food, beverage and agriculture sectors

Sheekey said Chamberlain is on track to become a zero-waste facility at West Gosford by 2025, making it more attractive to the younger generation as an employer of choice.

“The Central Coast Industry Festival is a great opportunity for Central Coast manufacturers to collaborate and showcase what we do,” he said.

“Chamberlain Group really wanted to be a part of that because we want to give back as much as we can by sharing our journey and the work we do with other manufacturers and the broader community.”

The Central Coast Industry Festival and Expo will be held at Mingara Recreation Club, Tumbi Umbi from August 22-September 3.

To learn more about the festival and expo or express interest in being an exhibitor, contact festival organiser Alex Blow at alex@centralcoastfoodalliance.com.au.