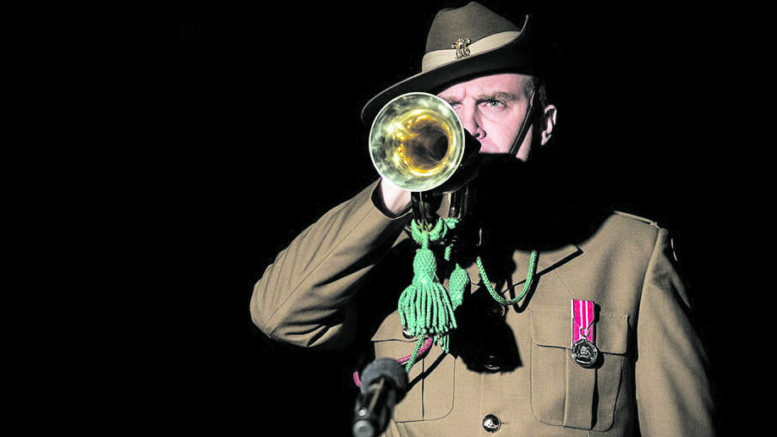 Thousands of Central Coast residents are expected to participate in ANZAC services across the region on April 25, with a late change to Gosford services due to recent heavy rains.

Gosford RSL Sub-Branch President, Greg Mawson, said the ground at the Gosford cenotaph was so soggy it would be unsafe to hold the services there as usual. Instead, the main Gosford services will be held in Kibble Park.

“With all the rain of late it would just not be possible to hold the service at the cenotaph,” Mawson said.

Marchers will now assemble at 5.30am in Donnison St to proceed to Kibble Park for the dawn service at 5.45am.

Breakfast will be available to attendees of the dawn service from 6.15am until 7.30am at the club for a gold coin donation.

For the main march and service, people will assemble outside the police station on Mann St from 10am and march down Mann St into Kibble Park for the 11am service.

A courtesy bus will be available from 9am from the club. Bookings for the bus are essential on 4323 2311.

Two-up will be held in the Coral Room from 1.30pm.

Gosford RSL Sub-branch will also participate in the Salute to the ANZACs at Central Coast Stadium from 5.30pm.

“I will be reading the ode and the 1951-72 National Service re-enactment unit will march,” Mawson said.

“A portable cenotaph will be set up in the middle of the field for the wreath-laying; it should be spectacular.”

At Davistown RSL Club, a dawn service will be held at 5.55 am.

The Navy Vietnam Veterans’ Welfare Association of NSW will conduct an ANZAC Day dawn service on the lawn area next to the Copacabana Surf Life Saving Club on Del Monte Place at 5.45am.

At Terrigal, the march will begin at 5.15am from the assembly area in front of the Terrigal police station in Church St, with the service to start at 5.30am at the Terrigal Foreshore War Memorial.

A fleet of surf boats will hit the beach at dawn and an UH-1 Iroquois military helicopter piloted by local, Peter Franks, will approach from the horizon at sunrise with a flying demonstration and flypast.

The Central Coast Band and the combined Schools Choir will perform.

For the first time the event will be live-streamed with links to be made available on the Facebook page prior to the day.

The Sub-Branch will also conduct a commemorative service at the Breakers Club War Memorial, 64 Dover Rd, Wamberal, from 10.45am.

Minister for Transport and Veterans, David Elliott, said Anzac Day this year would be a moving and significant occasion for many veterans who had missed out on marching or attending a reunion over the last few years due to COVID restrictions.

“This year not only marks the first year since the Australian Defence Force’s withdrawal from Afghanistan, but is also the first time since 2019 that veterans will be able to reconnect with mates to attend their annual reunions free of restrictions,” Elliott said.

For details of services to the north of the region and on the Peninsula, see separate stories.