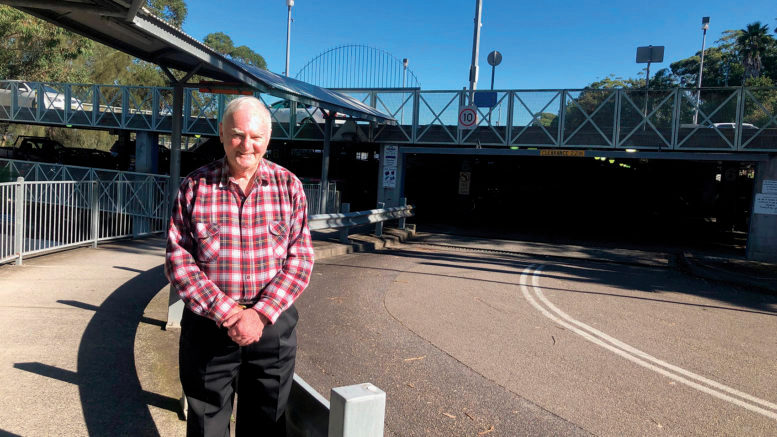 The provision of more commuter carparking spaces at Gosford still seems a long way off, with Transport for NSW still conducting scoping studies for a suitable site.

As voters face a federal election on May 21, there is concern the $30M pledged for commuter carparking in Gosford prior to the last election remains unactioned.

With selection of a site initially to be undertaken by Central Coast Council, the buck was passed to Transport for NSW when Council was placed under administration.

Prime Minister Scott Morrison, who paid a flying visit to the region last week, reiterated the challenges faced in confirming a site for the carpark because of Council’s turbulent situation.

“(This) has disrupted our ability to be able to move forward on that project, and I think people would understand that,” he said.

Ellis said Transport for NSW was looking for a site within 400-500m of Gosford station, but he said this was too far for commuters.

“We have continually stated this distance would be too far from the station for commuters and other train travellers, and the current car park must be increased in height,” he said.

“It is like moving the bus terminal 500m because it is not large enough – it would be unacceptable. Stop looking elsewhere and increase the height of the current car park.”

Ellis said Transport for NSW has said the station’s current car park cannot be expanded but a quote of $7M to add one level was received several years ago.

“I have even suggested another architect should take an independent look at the project. This architect has previously carried out Federal Government projects. I feel confident he could add two or three extra levels of parking, and he should be consulted to give an independent report,” he said.

“Transport for NSW should be instructed to have this architect have an independent look at the project.”

Ellis said, while the association welcomed the funding, he was also sceptical the $1B pledged in the recent federal Budget for an upgrade of the railway track between Wyong and Tuggerah would do much to reduce travel times between the Central Coast and Sydney.

Asked why the Government had pledged $1B to provide 10km of railway track in the Wyong area, but nothing for other slow parts of the Sydney-Newcastle line, including Hornsby and Gosford, Prime Minister Morrison said the 10km stretch was “a key choke point” in the rail network.

“You fix a choke point, you make the whole rail line go faster,” he said. “(There are) all sorts of challenges across the rail network; what we are doing is saying we’re committed to funding to solve this part of it, which will make this network more effective, not just in Wyong.”

Ellis noted that: “When Gladys Berejiklian was Transport Minister she said she would investigate the cost of reducing travel times between Sydney and Newcastle by 30 minutes and also by an hour.

“We are still waiting to see the report; this is what will make a difference.”