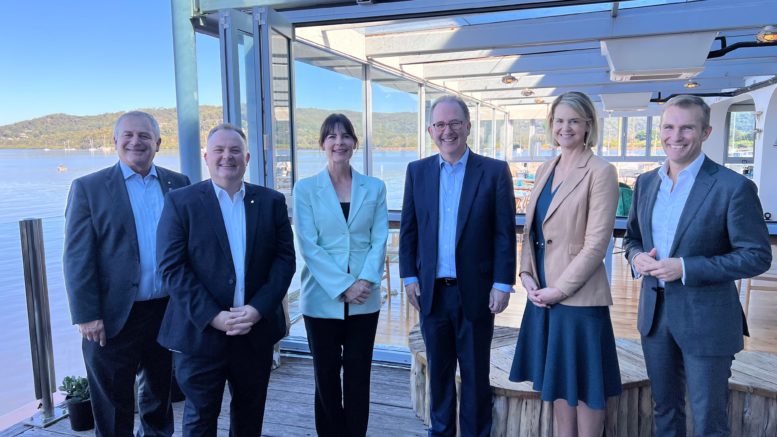 The NSW Government has announced the University of Newcastle as the preferred partner to deliver a Gosford university campus on the old Mitre 10 site in Mann St.

The announcement, which follows confirmation of the site last May, was made on April 11 by Parliamentary Secretary for the Central Coast, Adam Crouch, joined by Robertson federal MP, Lucy Wicks, State Minister for Infrastructure and Cities, Rob Stokes, and Minister for Skills and Training, Alister Henskens.

Stokes said the campus would be the jewel in the crown of the new Central Coast Education and Employment Precinct.

“The Central Coast has all the building blocks to be an economic and innovation powerhouse – proximity to Sydney and Newcastle, established local industries, health and transport infrastructure and a great lifestyle,” Stokes said.

“The region is an important part of our six cities vision, and we will make the Central Coast a premier destination to live, study, work and invest.”

Henskens added that: “Building a university campus in the heart of the new Gosford city centre has strong community support and will increase access to education and employment opportunities close to home, creating a pipeline of skilled workers.”

“Our universities were heavily impacted by the pandemic and developing the Central Coast’s higher education capability will help attract other education institutions and businesses to the region.”

Subject to successful commercial negotiations with the University of Newcastle, the campus is expected to be up and running within five years. Crouch said it would deliver local jobs and offer local students a world-class education without commuting.

Wicks said the design, development, construction and fit-out of the Gosford university campus extension would be funded by an $18M injection from the Federal Government, which was announced in 2019.

“When all levels of government work together, we really can achieve great things for our region.”