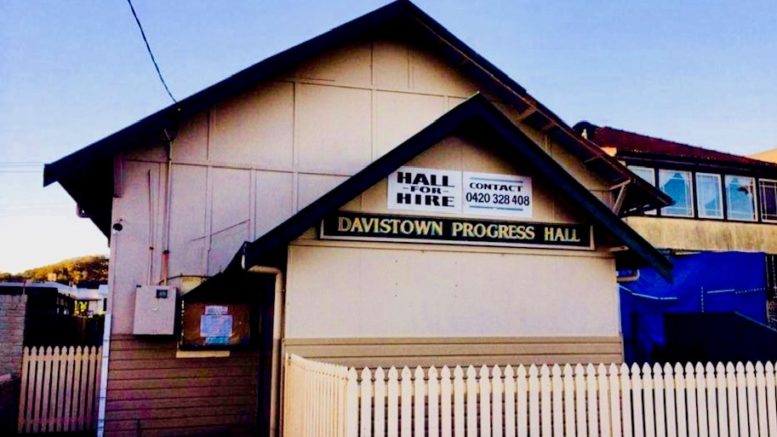 A Roaring 1920s community party will be hosted by Davistown Progress Association on Sunday, April 24, to celebrate the 100th anniversary of Davistown Hall.

There will be stalls and music from 9am-3.30pm at the hall and on the foreshore.

At 9am there will be a kayak paddle from Pine Ave Wharf.

The official Welcome to Country and smoking ceremony will be held at 10am, followed by live music from Top Cat from 10.15 am.

Refreshments will be available and there will be produce, art and craft stalls, along with community tables, the Saratoga fire engine and vintage cars.

At noon, the Mitre 10 Tug-O-War will feature big prizes and from 1.30pm there will be three legged races, face painting, quoits and croquet.

For details call the progress association.