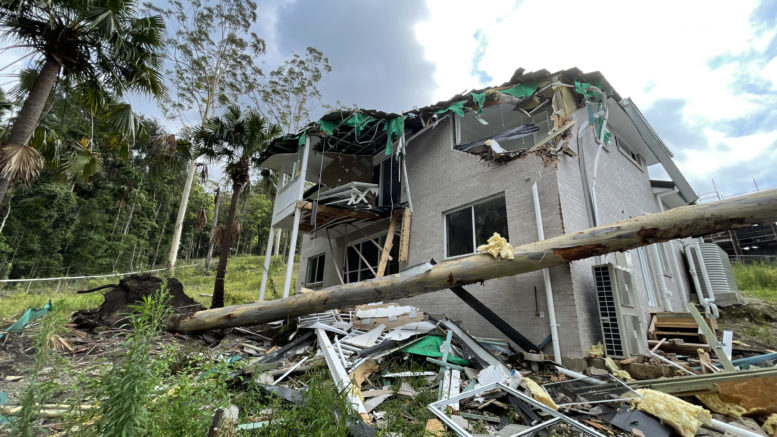 One Niagara Park house damaged by the storm cell.

A series of powerful storm cells swept across the Central Coast on Saturday evening inflicting major damage to homes and infrastructure. A particularly powerful cell tore the roof off a newly constructed home in Alan Street Niagara Park, further inflicting widespread damage to more than a dozen homes.

SES crews responded to the distress calls from locals and used many hours into the night securing roofs, windows and clearing roads and driveways.

Niagara Park local Marc Charette said “I came back from the shops and noticed dark clouds around 5.30pm and the dog was looking for somewhere to hide.

No more than a few minutes later winds picked up, hail then branches and tree limbs started to crack and fly off”.