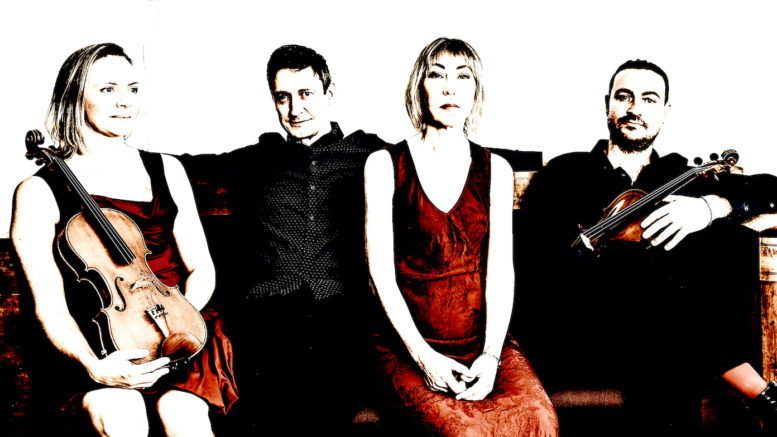 The Phoenix Collective will present a concert exploring contrasts in the works of some of classical music’s best known composers: Wolfgang Amadeus Mozart and Ludwig van Beethoven – at Green Point on February 20.

The composers’ string quartets are among the finest in the chamber music repertoire, and embody the development of the Classical and early Romantic string quartet.

Also featured in the program will be the world premiere of Mace Francis’s Squint Your Eyes.

The West Australian composer is a lecturer, Artistic Director of WAYJO & MFO (Mace Francis Orchestra), and winner of the 2015 APRA AMCOS Art Music Award for Jazz Work of the Year.

Launched by Charmian Gadd at the Crossroads Festival, The Phoenix Collective Quartet is a premier string quartet performing concerts in Sydney, Canberra, the Central Coast and regional NSW.

Its members come from the ranks of national and international orchestras such as Opera Australia Orchestra, Canberra Symphony, Sydney Symphony, BBC Philharmonic, Kammer Philharmonie Köln, Boston Symphony, and Academy of St Martin in the Fields.

The concert will be held in the Greenway Chapel at 2:30pm on February 20.

Bookings and Information are available at www.pcmusic.net.