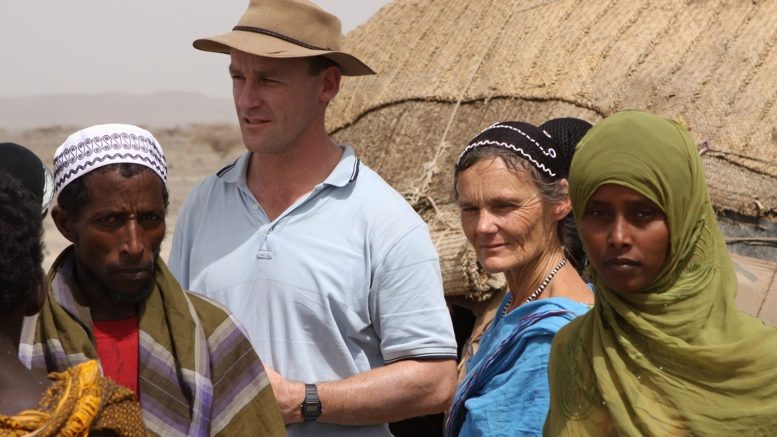 Browning has been travelling to Africa to work periodically for the Barbara May Foundation for more than 17 years and has operated on more than 7,000 African women.

He said it was ironic that most people in the developed world were now accessing their third shot of the COVID vaccine while most Africans had received none.

“If ever the expression ‘we are not safe until we are all safe’ was pertinent it is right now,” Browning said.

“While ever Africa, and other developing nations, are unvaccinated Australians are unsafe.

“Australia cannot just ‘booster and mask’ its way out of the pandemic while leaving places like Africa behind.

“The Omicron variant has shown us how vulnerable Australians are to the COVID virus as it mutates overseas and is brought in by visitors and travellers to beset the nation.”

Browning said just eight per cent of the African population have been fully vaccinated, with the world vaccination figure at 48 per cent.

“In Australia 91 per cent of people over the age of 16 are double vaccinated and now are lining up for their third shot,” he said.

“I am not an epidemiologist nor a vaccination expert but those credible organisations like World Bank, WHO and UN want wealthy nations to do as much as possible to improve on the paltry vaccination efforts in places like Africa.”

“Of the 6.4 billion doses given around the world Africa has received only 2.5 per cent,” he said.

“This is despite the fact Africa has more than 17 per cent of the world population.

“Some African nations cannot even get enough syringes let alone the vaccines; they have been left stranded.”

Browning said some countries in Africa have less than 2 per cent of their populations protected.

“According to WHO in Ethiopia, where the Barbara May Foundation funds two maternity hospitals, the fully vaccinated number is just 1.3 per cent,” he said.

“In Tanzania, where there is another Australian-built and funded Barbara May maternity hospital, the rate is also an appallingly low 1.8 per cent.”

Browning said unless countries like Africa are vaccinated urgently Australia could see wave after wave of new variants crashing through its borders.

“The fewer the number of people vaccinated means the virus will spread more easily and the chance of a variant emerging remains high,” he said.

“Vaccinations not only saves lives but decrease the risk of mutations.

“When the likes of Ethiopia and Tanzania are made safe so will Australia be safer.”