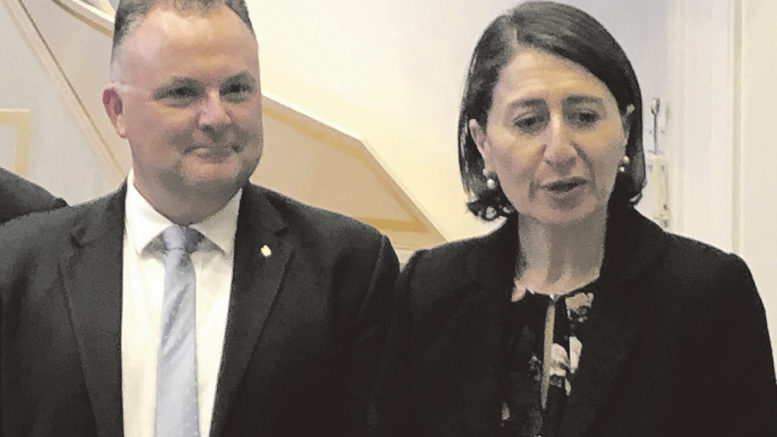 “Cracked Sydney trams no longer under warranty” is the latest shipwreck of the “going-forward” NSW Liberal Government.

Berejiklian left a corpse rising slowly to the surface and finally to the front pages.

The whole Berejiklian regime behaved like a bulldozer, which had been massively armed with the $60B from her sale of public properties, utilities and services.

Now, on the Central Coast, hundreds of thousands of ratepayers are being slugged (and told to sell off their public land) to pay off debt caused by Berejiklian-Perrottet Enterprises.

They destroyed Gosford Council and Wyong Council, amalgamating them into the “transformer” of the Central Coast Council.

They spruiked amalgamation as cost-saving measure “at the end of the day”, but the hugely increased rate-bills will go on for years!

Gosford ratepayers’ only voting poll on the question “Do you support amalgamation with Wyong Council?” voted 57,488 AGAINST to 18,846 FOR.

How can this NSW Government, which wilfully drove over the expressed wishes of constituents, then expect its hit-and-run victims to pay for repairs?

4 Comments on "‘Hit and run victims’ pay for repairs"