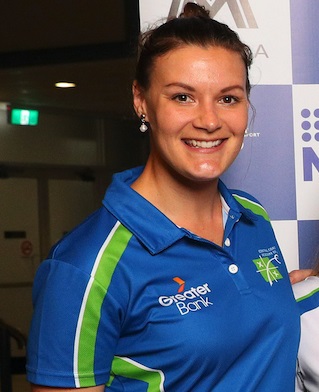 “Jess has a plethora of experience from coaching club-level netball all the way through to premier league for Central Coast Heart,” a spokesperson said.

“Not only that but she has also had the experience of coaching some NSW representative teams and has been the Central Coast Academy of Sport Head Coach for numerous years.

“The skills and experience that Jess has, along with the team of coaches she has around her this year, will be sure to add greater depth and versatility to the netball program for 2022.

Morgan said after two years of disruption to the CCAS netball program due to COVID-19, she was keen to get back to work with the next group of athletes.

“I am beyond excited to put together an exciting and dynamic program like no other year,” she said.

“I can also reveal the inclusion of experienced guest coaches, athletes, mentors and strength and conditioning coaches who will work alongside us to provide an extensive and individualised program for each athlete.

“We cannot wait for the start of the program and look forward to seeing the calibre of netball talent we have on the Central Coast.”

The 2022 CCAS Greater Bank Netball squad will have the opportunity to compete at the Your Local Club Academy Games, to be held in Wagga Wagga in April, and the Greater Bank Academy Challenge, which is planned for September.

Applications for the 2022 netball program close on Friday, January 28.