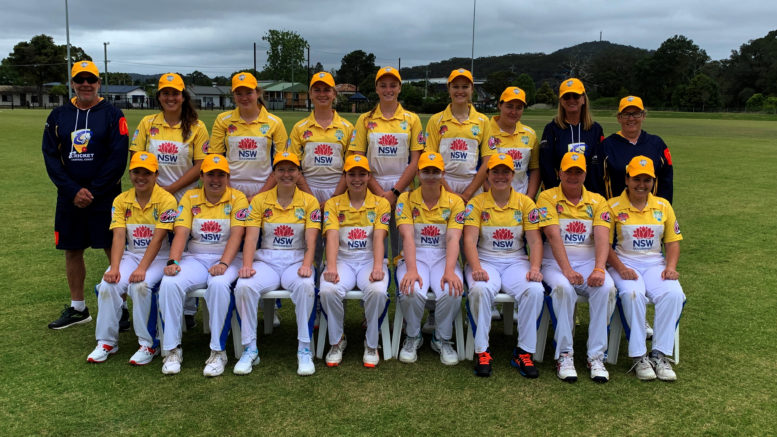 Central Coast Rush has suffered a nine-wicket loss to Northern Bolters in a rain interrupted Round One of Cricket NSW Female Regional Bash clash at Tuggerah on December 3.

Central Coast Rush batted first and were dismissed on the final ball of their allotted 20 overs for 106.

Captain Amy Cunningham was a standout scoring 61 off 53 balls batting at number three whilst opener Elissa Andrews compiled at steady 20 at the top of the order.

For Northern Inland Bolters, Terrigal Matcham young gun Emily Humphries was the pick of the bowlers with 4/23 with her off spinners.

When it was Northern Inland’s turn to bat, they faced one over before lightning then rain forced players from the field.

When play resumed, the match was reduced to 15 overs per side, with the target score amended to 85, which Northern Inland were able to reel in in 12.1 overs.

Central Coast pair Emily Cross and Grace Dignam were the main contributors, both remaining undefeated on 32 and 25 respectively.

On December 4, Central Coast Rush failed in their attempt to win their first match in this competition being defeated by Newcastle Blasters and Coffs Chargers in the match.

Despite the loss, the side can be prouder of their efforts as the selectors adopted a youthful approach which include four girls 16 years of age or younger.

In addition to this, all bar one player also play in the local women’s competition.

The others play in the men’s second grade competition.