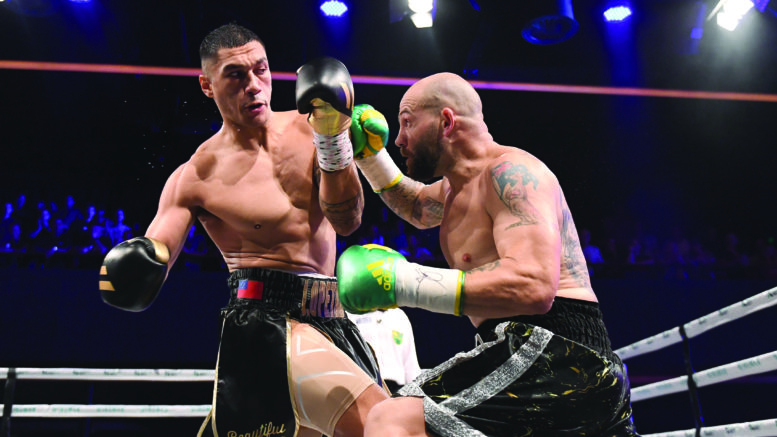 A contest against Latvia’s IBF world cruiserweight champion Mairis Briedis has been mandated by the International Boxing Federation to occur before April 2022.

The impending fight against Briedis will be the first major world title fight held in Australia since 2017 and likely to take place between late-January and early-February.

In a jam-packed night of boxing in Brisbane, the stakes were high for Watanobbi’s own, who had not fought competitively since October 2020 due to a hand injury requiring surgery.

Entering the Russell matchup as the strong favourite with a record of 20-0-0 (wins-draws-losses) against Russell with 7-3-2, a loss would have resulted in an end to his long-fought world title journey.

Matching up against the 32-year-old Russell (former Australian cruiserweight champion) weighing in at 184cm 94.6kg, Opetaia entered the fight at 190cm and 94.05kg.

The 26-year-old southpaw was full of confidence from the first round, marshalling Russell around the ring and landing early hits to the head and body.

In the second three-minute round, Opetaia forced Russell to take a knee for the first time, accomplished via a clean and sharp head knock and followed with continued pressure.

With a good lead heading into the third round, Jai picked up momentum and brought Russell onto his knee two more times, the latter forcing the referee to step in and call the fight to an end – with Jai still looking fresh and ready for more.

This fight was a positive return to the ring for the cruiserweight world title’s most recent challenger.

Jai will now refocus for the impending fight against Briedis.