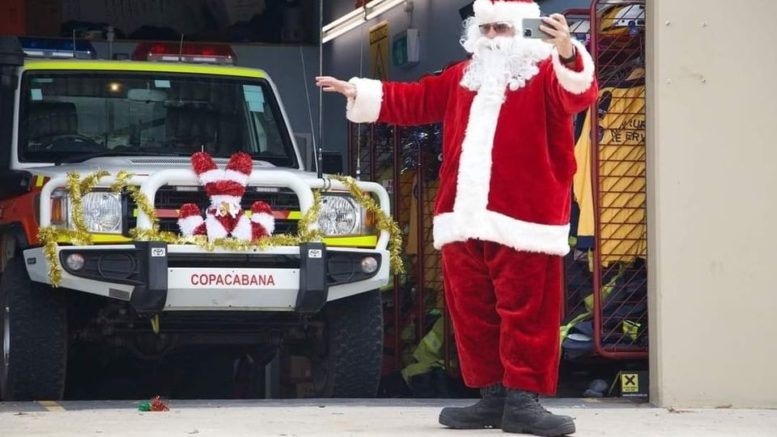 Copacabana RFS will be performing their annual Santa run on December 24.

Copacabana Rural Fire Brigade will undergo a major upgrade paid for by a $59,800 State Government grant.

Brigade Captain, Shane Hughes, said the “fairly significant” funding from the Government’s Infrastructure Grants program was most welcome, with much needed renovations on the table.

“We were pleased to get the amount we applied for and have a lot of things we want to do with it,” Hughes said.

“We want to replace the fence, do some concreting, upgrade the lighting around the station and upgrade station radios and the whole station will be repainted.

“We are very proud of our station and want to keep it looking in top shape.”

Hughes said the brigade was expecting a light bushfire season.

“On the Coast we are not expecting anything significant,” he said.

“There might be stuff out west or further north but it’s not going to be much of a fire season for us.

“We are ready to send teams elsewhere in the state if requested and we have been training as usual with COVID restrictions in place.”

Hughes said calls to the brigade had been “down on average” over the past year.

“That’s to be expected with fewer people out and about,” he said.

Member for Terrigal and Parliamentary Secretary for the Central Coast, Adam Crouch, said the grants would make a real difference to the valuable grassroots organisations whose members contribute many hours of their time to support their communities.

“Community organisations are the backbone of the Central Coast and this funding will enable them to strengthen and continue their amazing work,” he said.